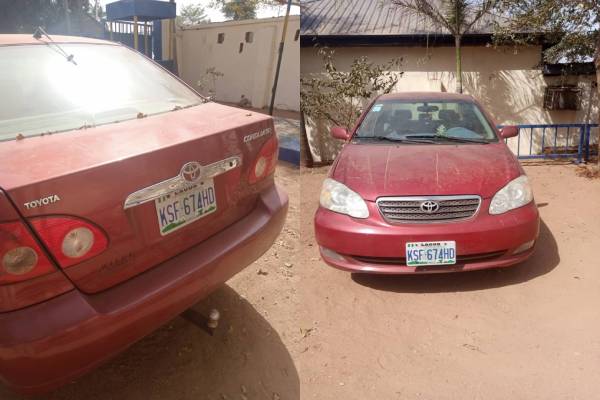 At least sixteen kidnap victims have been rescued by Police operatives in Kaduna State.

It was gathered that the rescue operation took place on Sunday in Brinin Gwari Local government Area, after the abductors took to their heels on sighting advancing Police troops.

This was confirmed by Muhammed Jalige, the spokesperson of the Kaduna Police Command.

He explained that the DPO of the Buruku Division on recieving a distress call, swiftly mobilized his men to the the area where the victims were successfully rescued.

Most of them are from Chikun and Brinin Gwari Local Councils in Kaduna state while others are from Lagos, Kano, Zamfara and Niger states.

In a similar Development the police spokesperson also revealed that the Command recovered a stolen Toyota Corolla Vehicle at a garage in Mando, Kaduna state.

He explained that preliminary investigations revealed that the vehicle was snatched at gun point in Zaria local Council and efforts are ongoing to identify the owner.