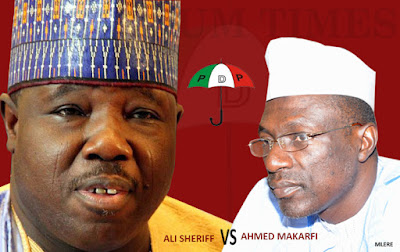 The Supreme Court will on May 25 hear all the motions filed in the appeal, brought by the Ahmed Makarfi faction of the People’s Democratic Party.

The faction had instituted the appeal to challenge the verdict of the Court of Appeal, Port Harcourt, Rivers State, which recognised Ali Modu Sherriff, as the authentic national chairman of the party.

The Makarfi group had on March the 16th approached the Supreme Court, asking it to overturn the judgement.

But, Sheriff’s faction had filed a motion, asking the court to strike out Makarfi’s appeal, on the ground that he had no right to file an appeal on behalf of the PDP.

His Counsel said that by virtue of the Court of Appeal Judgement, ?the issue of who is the authentic chairman of the party, has been laid to rest.