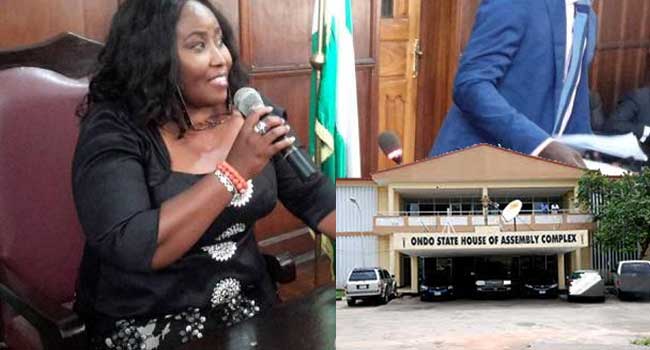 The Leadership of the Ondo state house of assembly has been suspended over allegations of a fifteen million naira fraud.

Malachi Coker is now the acting speaker, Ayodele Arowele as Deputy speaker while Olamide George is the majority leader.

This follows an allegation that the house paymaster was caught with the sum of fifteen million naira.

The money was tendered as exhibit before a motion for the suspension of the house leadership was moved, and seconded.

The new speaker was sworn in by the clerk of the house.