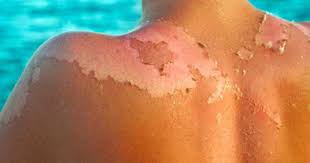 Researchers from the New York University Langone medical centre say that viagra and other sex enhancement drugs do not increase the risk of melanoma, a type of skin cancer. The development is seen as good news for sexually active older men.

Melanoma is a dangerous form of skin cancer which can develop as moles and spread to other parts of the body if not detected early.

Researchers analysed data from five large-scale studies of more than 866,000 erectile medication users. Although men who used the drugs had an overall 11 percent increased risk of melanoma, there was no evidence that the drugs cause melanoma.

Researchers blame the link on ‘detection bias’ which means that men who take erectile medications are likely to be more health-conscious and get diagnosed with melanoma than their counterparts.

A statement signed by Stacy Loeb, urologist and assistant professor at the university, said that while physicians need to screen for melanoma risk, they “do not need to add the use of viagra and similar drugs to the screening list”.

“In general, men should continue to be careful about the risk of any kind of skin cancer from excessive sun exposure and use sun protection.

“Overall, Viagra and other PDE5 inhibitors are safe medications as long as men are not taking nitrates, which carry a risk of reducing blood pressure. Physicians and patients should not be concerned about taking these medications on account of worry about melanoma.”