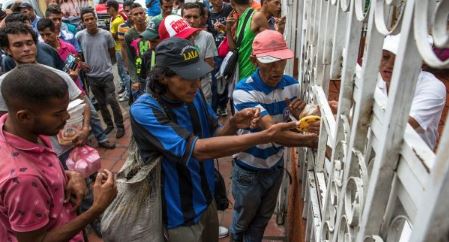 Despite closed border crossings, citizens of Venezuela are finding a way to cross into Colombian and Brazil in search of some respite from crippling shortages back home.

The pedestrian border crossing to the Colombian city of Cucuta has been shut since Venezuelans attempted to escort aid across last week, prompting a deadly showdown with troops loyal to President Nicolas Maduro.

Venezuela’s stores lack the most basic foods and medicines.

Queues of hundreds and even thousands of people are common, and riots with looting often.