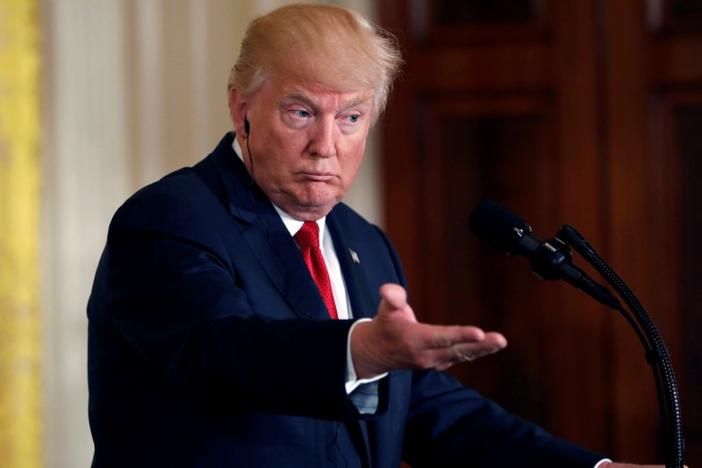 TVC NEWS President Donald Trump, striving to make good on a top campaign promise, is pushing his fellow Republicans who control Congress to pass revamped healthcare legislation but the same intraparty squabbling that torpedoed it last month could do it again.

Trump is looking for his first major legislative victory since taking office in January. House of Representatives Republicans are exploring compromises aimed at satisfying the party’s most conservative members without antagonizing its moderates, but it remained unclear on Friday whether a viable bill would emerge.

Trump on Friday played down the need for Congress to act on the legislation before he reaches his 100th day in office next weekend, telling reporters, “We’ll see what happens – no particular rush.” Trump on Thursday had predicted “a good chance of getting it soon,” either “next week or shortly thereafter.” On Friday, he said it “doesn’t matter if it’s next week.”

Congress, returning from a recess next week, also will be working against the clock to pass legislation to keep the government funded past April 28 and avert a federal shutdown.

Healthcare legislation did not appear on the schedule released on Friday by House Republican leaders of bills to be considered next week.

“We’re going to get it done when it’s appropriate in terms of getting to that 216,” White House spokesman Sean Spicer told reporters, referring to the vote total needed for House passage before the bill goes to the Senate.

In a stinging setback for Trump, Speaker Paul Ryan pulled the legislation from the House floor on March 24 before allowing it to come to a vote amid a revolt by conservatives in a faction called the House Freedom Caucus and moderates unhappy with concessions to the conservatives.

Republicans have called Obamacare a government overreach. The law enabled 20 million Americans to obtain insurance, many through an expansion of the Medicaid program for the poor.

A senior House Republican aide said it was not clear whether a revamped Republican plan can attract 216 votes, adding that without a legislative text it was impossible to do a vote count to assess its chances.

Moderate Republican Representative Tom MacArthur is pushing a proposal to allow states to waive some Obamacare provisions. MacArthur’s office said he has discussed it with other Republican lawmakers, the House leadership and the White House.

No text has emerged, but an outline of his proposal said states could seek to relax “essential benefits” that Obamacare requires insurance plans to cover, such as emergency room trips, maternity and newborn care, and mental health services.

States also could request waivers to Obamacare’s ban on insurers charging sick customers higher premiums than healthy customers. But states would have to establish “high-risk pools” using government funds to help pay for insurance for people with costly medical conditions.

Representative Rodney Davis told CNN on Friday he did not know what was in the deal, but added, “I’m not going to be for a plan that is going to allow for pre-existing conditions to not be covered.” MacArthur and Davis are members of the centrist House Republican Tuesday Group.

The Republican plan, as written last month, would end the Medicaid expansion, let states impose work requirements on some Medicaid recipients, rescind a range of Obamacare taxes, get rid of a penalty on people who refuse to obtain insurance, and ditch Obamacare’s income-based subsidies to help people buy insurance while creating less-generous age-based tax credits.

The nonpartisan Congressional Budget Office forecast the earlier version of the plan would increase by 24 million the number of Americans without medical insurance by 2026.

During a Thursday conference call with House Democrats, their leader, Nancy Pelosi, urged them to remain united against the Republican legislation, saying it would increase healthcare costs and provide less insurance coverage, an aide who was on the telephone call said.