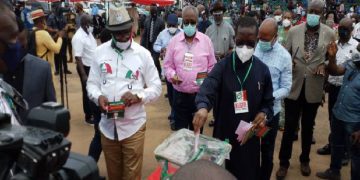 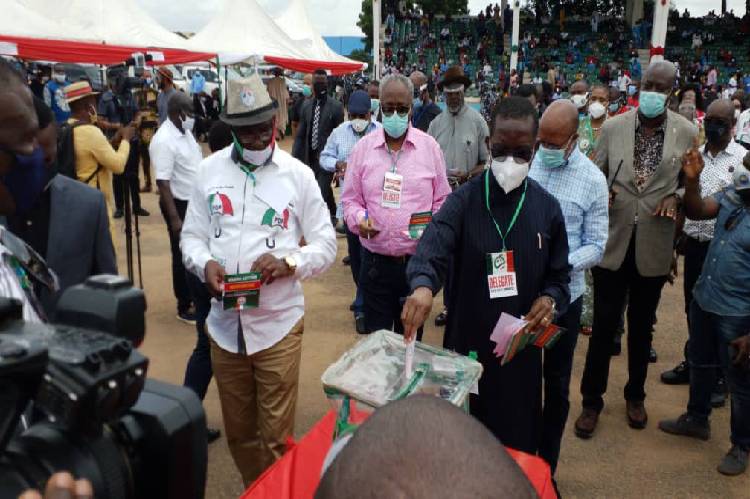 The Peoples Democratic Party on Saturday held congresses in Delta, Benue and Enugu to elect new executives into various positions.

In Delta, the State Governor, Ifeanyi Okowa, his deputy Kingsley Otuaro and other state cabinet members, as well as members of the House of Representatives and the Senate, are among the 2,803 delegates from the 25 local government areas of the state, who are to elect 14 executive members.

The tenure of the former executive members expired since the 10th of May. But due to the COVID-19 pandemic, a caretaker committee had to take charge of the party’s affairs.

Most of the positions are unopposed as the former chairman of the party in the state, Kingsley Esiso does not have any opponent vying for his position 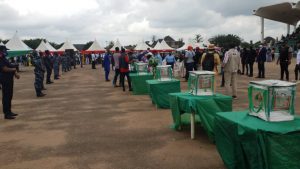 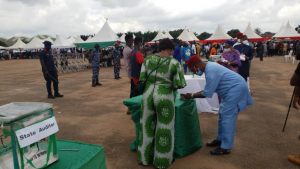 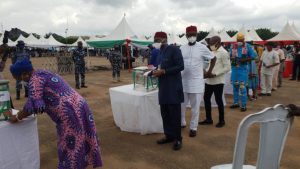 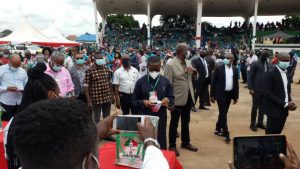 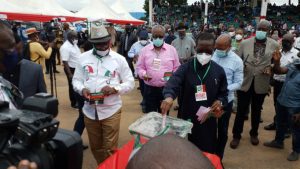 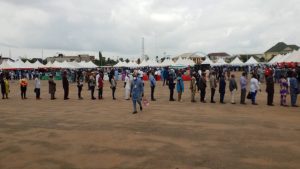 In Enugu, the State chapter of the People’s Democratic Party held its congress with delegates drafted from the 260 political wards across the 17 local government council areas of the State .

The exercise which is an affirmation to return the state executives, having served their first term, were later cleared at the wards and local government congresses to be returned unopposed in today’s state congress.

The State congress which is ongoing at the Michael Okpara Square Enugu, has in attendance the state Governor, Ifeanyi Ugwuanyi, deputy Governor, Cecilia Ezeilo, National and state Assembly members of the state, with past and serving elective office holders.

The congress which is currently at the sorting stage is conducted under strict COVID 19 guidelines, having everyone wearing face masks and compelled to sanitize their hands before entering the election ground. 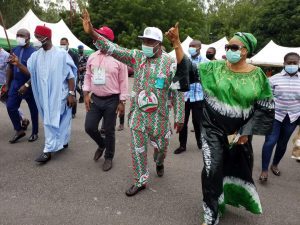 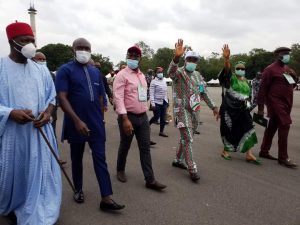 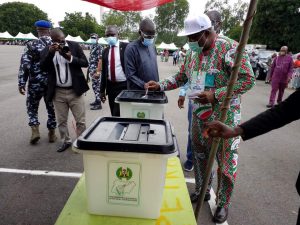 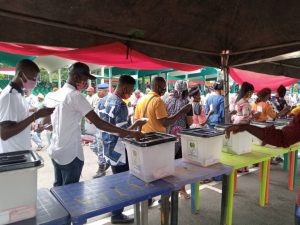 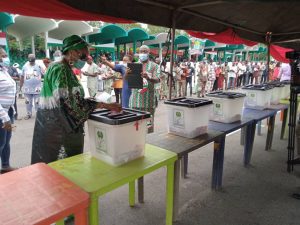 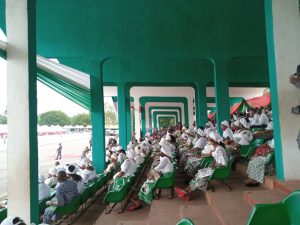 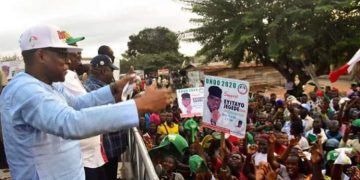