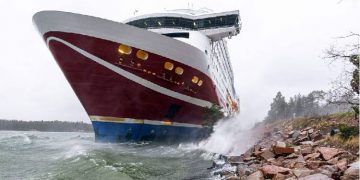 Passenger ferry with over 400 persons hits rocks off Finnish port

Passenger ferry with over 400 persons hits rocks off Finnish port 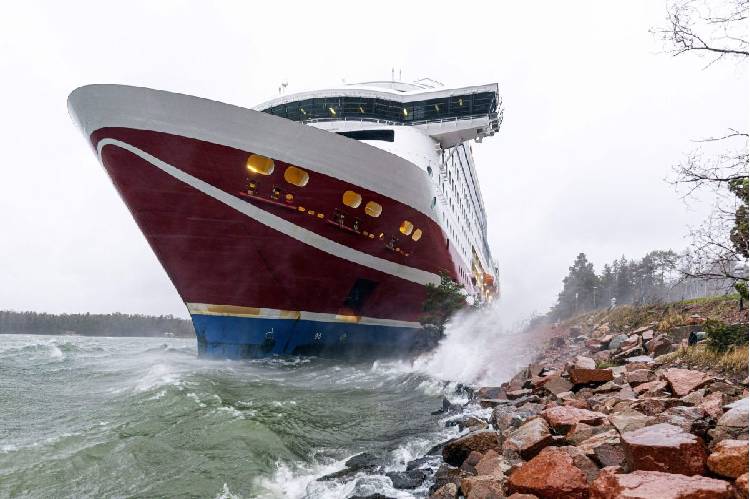 More than 400 people have spent the night on board a passenger ferry after it ran aground off the Finnish Åland Islands in the Baltic Sea.

The Viking Grace became stranded close to the port of Mariehamn Saturday afternoon.

A Coastguard said the Viking Grace was towed to the port Mariehamn Sunday morning, and the passengers would be evacuated soon.

No initial injuries were reported in the incident as the Viking Line ferry was sailing between Stockholm, Sweden, and Turku, Finland, with a brief stopover planned in Mariehamn.

According to a statement released by Viking Line in Finland, the ship became stranded just off the shore at 3:49p.m Saturday as strong winds were blowing in the area at the time of the ship’s grounding.

Divers from the Finnish Coast Guard examined the hull of the stranded ship and said it was not taking on water or leaking fuel. The passengers were told that they would remain on board overnight but would be rescued on Sunday.