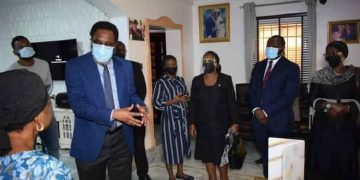 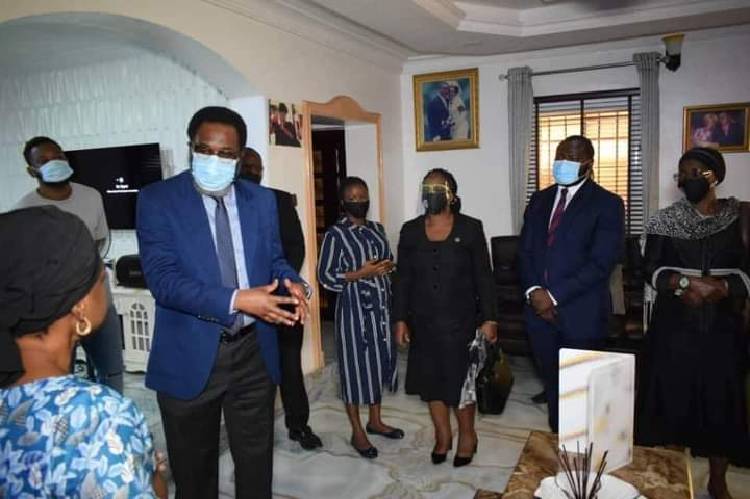 Lagos State Attorney General and Commissioner for Justice, Mr Moyosore Onigbanjo, has paid condolence visits to the families of two victims, killed by a fallen container truck at Ilasamaja bus stop along the Oshodi-Apapa expressway.

Mr Onigbanjo, during both visits on Wednesday and Thursday, assured the families of the State Government’s support towards getting Justice for 27 year-old Chidinma Ajoku and 29 year-old Chima Nnaekpe.

The AG also disclosed that Governor Babajide Sanwo-Olu has directed the Commissioner of Police to commence  investigation of the “unfortunate and avoidable incident”, and added that he will lead the prosecution of the cases before the court.

The administration insists it will not allow reckless drivers on the road to continue to take innocent lives in Lagos State.”

The families were also told they will be informed about every stage of the investigation and prosecution process.

In reaction, the late, Chidinma’s mother, Mrs. Ajoku expressed gratitude to the State Government on the condolence visit, saying she was overwhelmed by the good gesture.

She also expressed confidence that a proper investigation will indeed be carried out on the death of her daughter, and urged the Governor to enforce the laws against reckless driving in Lagos.

Also, Chima’s father, Onyekwere Nnaekpe appreciated Governor Sanwo-Olu’s show of concern, and implored the government to hasten the formulation of stiffer penalties for reckless driving of trucks and trailers to guard against future occurrence of such incident.

The deceased were staff of the Federal Airport Authority of Nigeria, FAAN. They boarded a commercial bus from Airport road to Mile two after the close of work on July 26.

It was gathered that the commercial bus driver had stopped at Ilasa bus-stop to either pick passengers when a 20ft container fell off a moving truck and landed on the commercial vehicle.

Chidinma and Chima died on the spot. 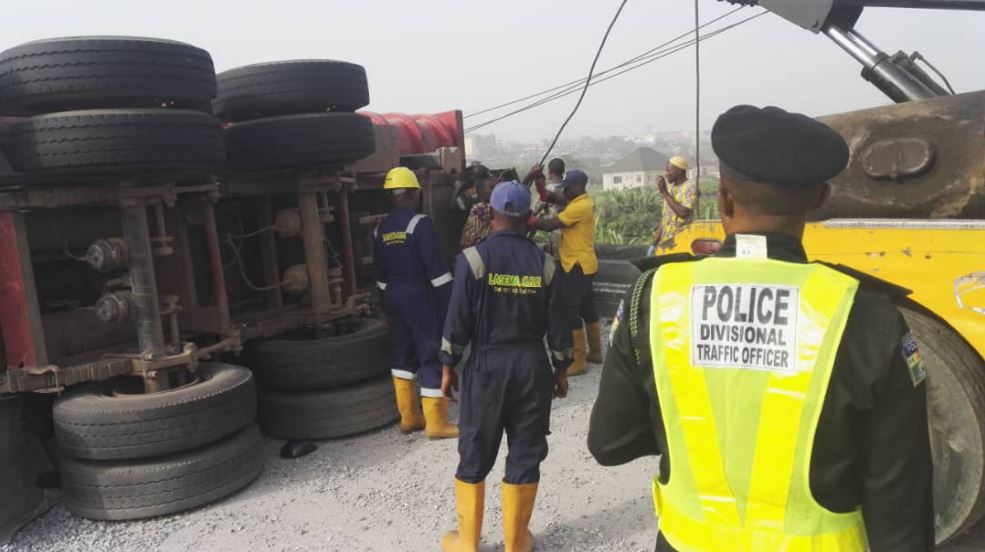 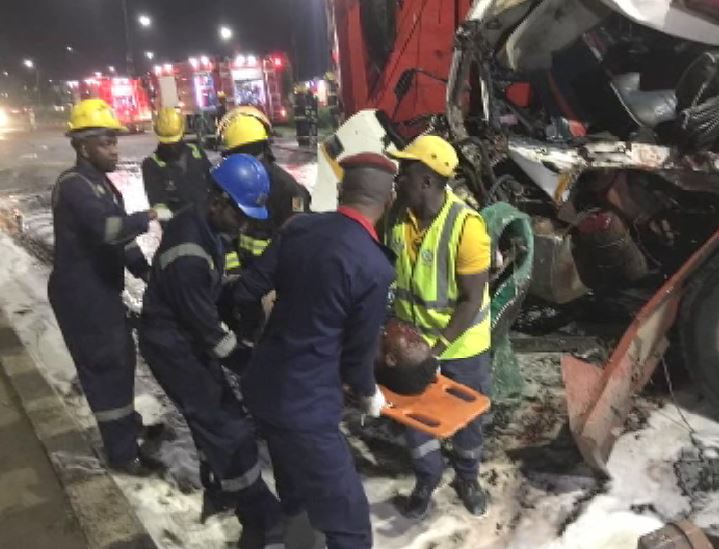