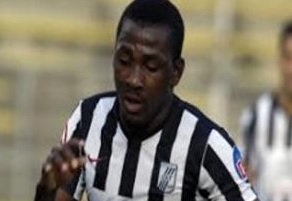 Junior Ajayi on target in Ahly’s in over Zamalek

Junior Ajayi on target in Ahly’s in over Zamalek

A first half goal from Moemen Zakareya and a second half stoppage time goal from substitute Ajayi handed Al Ahly the win.

The result confirms Al Ahly’s place at the top of the league table, 11 points above third placed Zamalek who have two games in hand.

The Egyptian league will go on break for one month as Egypt take part in the 2017 Nations cup.