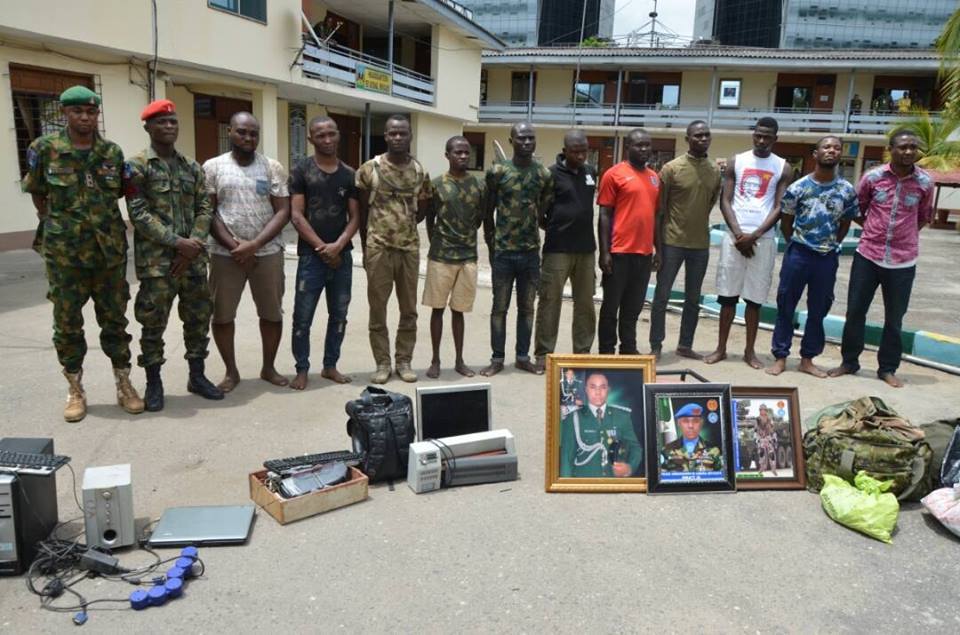 The Nigerian Army have paraded 13 alleged impostors and criminals, who were arrested in Lagos and Ogun states.

General Officer Commanding 81 Division, Maj.General Enobong Udo, said the suspects have been parading themselves at different locations as military officers to extort and assault innocent citizens.

Udo said that the suspects were apprehended between February and April, adding that they were found with various military accoutrements.

Represented by the division’s Chief Staff Officer (COS), Brig.-Gen. Hamisu Hassan, Udo said among the suspects were four dismissed military personnel and civilians, who aided these impostors by making fake military ID cards and providing them with military accoutrements used to carry out their nefarious acts.