Former governor of Abia state and the Chief Whip of the Senate, Orji Uzor Kalu, has made a case for a reform of the judiciary.

While receiving the leadership of the House of Representatives led by the Deputy Speaker, Ahmed Wase, Senator kalu said his recent experiences had impressed on him the urgent need to ensure every Nigerian had access to justice. 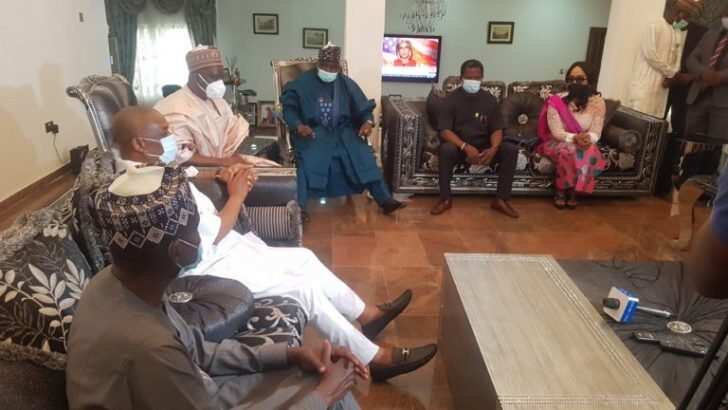 Senator Kalu said his experience in the last few months have impressed on him the fact that Nigeria’s Judicial system is in need of urgent reform.

The deputy Speaker urged their host, also a former member of the House of Representatives, not to be weakened by his travails.

The former governor of Abia state was convicted by the Lagos Division of the Federal High Court on the 5th of December, 2019 after he was found guilty of allthe 39 count charge brought against him.

Orji Kalu was sentenced to twelve years behind bars for defrauding the government of his state to the tune of N7.65 billion when he held office as governor between 1999 and 2007.

Mr. Kalu, now a member of the Senate and a principal officer, was let off the hook only last week, when a court in Lagos ordered his immediate release from the correctional centre in line with a Supreme court judgment.

Mr. Kalu’s six months behind bars have no doubt taken toll on his physique but he is reinvigorated by his mission to work towards a reform of the judiciary in the interest of justice for all.

More importantly, he pleaded for forgiveness from those he has hurt and said he has already forgiven those who offended him.