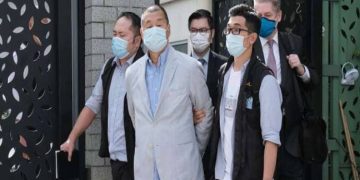 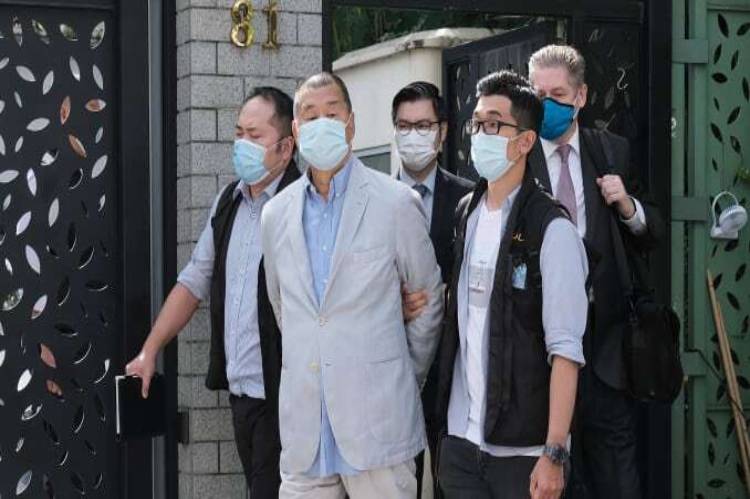 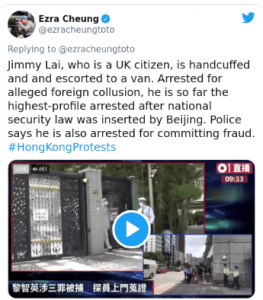 The new security law punishes anything China considers subversion, secession, terrorism and collusion with foreign forces with up to life in prison.

Mr Lai, 71, has been one of the most prominent democracy activists in the Chinese-ruled city and an ardent critic of Beijing, which imposed the sweeping new law on Hong Kong on June 30, drawing condemnation from Western countries.

Chinese State media outlet on Monday described Mr Lai as “riot supporter” and his publications as having been “instigating hatred, spreading rumours and smearing Hong Kong authorities and the mainland for years”.

Scores of police were seen entering the offices Apple Daily and Mr Lai was led through the offices in handcuffs.

According to reports, two of his sons as well as two senior executives of one of his companies, were also arrested.

Hong Kong police confirmed that they had arrested 10 people – nine men and one woman.

Critics have said it crushes freedoms in the semi-autonomous city, while supporters say it will bring stability after prolonged pro-democracy protests last year.