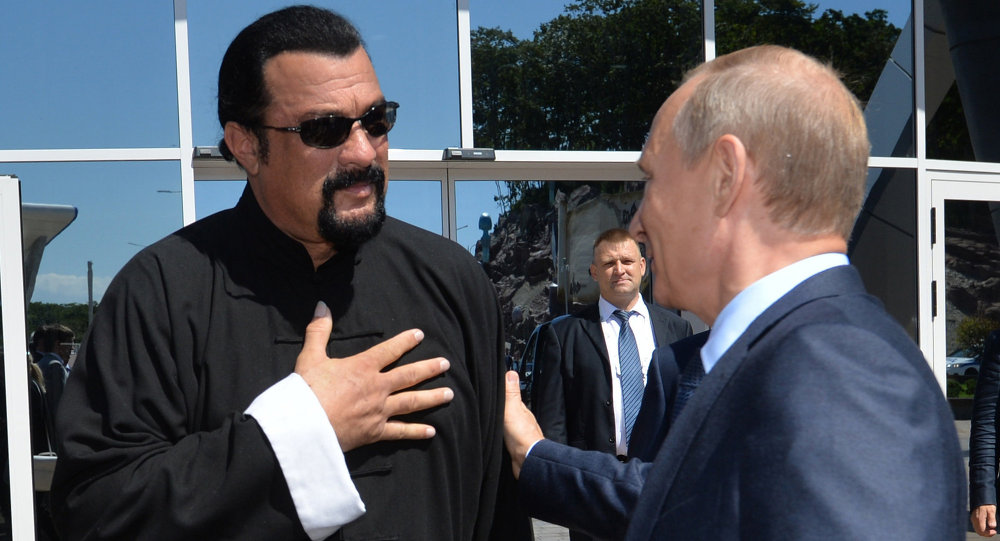 Russia has appointed Hollywood Actor Steven Seagal as special representative of the Russian Ministry of Foreign Affairs to focus on humanitarian issues with the United States (U.S.).

Russian Foreign Ministry which made the announcement on Facebook late on Saturday said Seagal will be tasked with furthering “Russian-American relations.”

It is unclear how Seagal who was given Russian citizenship in 2016 will go about accomplishing that goal.

It would be recalled that an alleged Russian spy with apparent ties to a Donald Trump campaigner in has been in the news concerning Russia’s interference with the 2016 presidential election.

The U.S. Intelligence Community had repeatedly stated Russia interfered with the election.

The appointment is unpaid and will focus on “culture, arts, public and youth exchanges,” according to the Facebook post.

Seagal has vocally defended the Russian leader’s policies, including Russia’s 2014 annexation of Crimea, and has criticized the U.S. government.