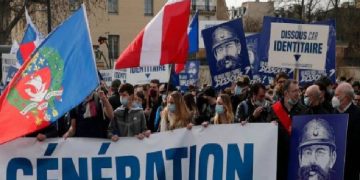 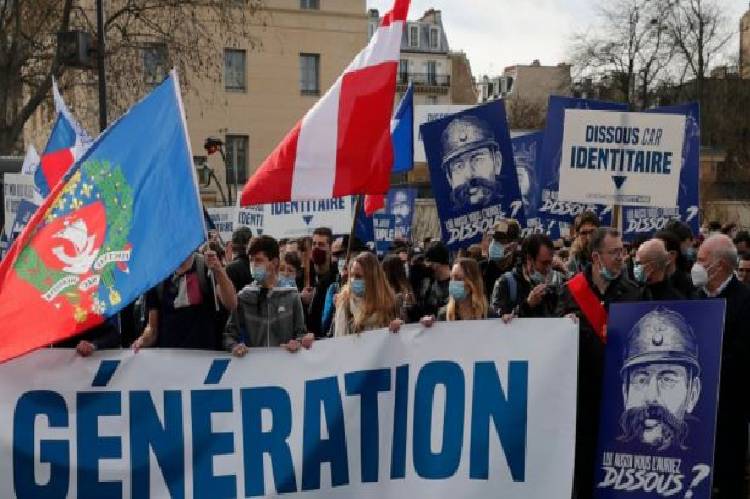 French Interior Minister Gerald Darmanin has announced the dissolution of the anti-migrant group Generation Identity during a Cabinet meeting on Wednesday, saying the group was inciting violence and discrimination in the country.

Darmanin published on Twitter a government decree pronouncing the association illegal, saying its publications and its leaders’ actions and comments were spreading “an ideology inciting hatred, violence and discrimination of individuals based on their origin, their race or their religion.”

Government spokesman Gabriel Attal said “with that decision we are putting an end to sometimes violent actions from the group.”

The Lyon-based group was the backbone of a 2017 “Defend Europe” mission on the Mediterranean Seat that used a chartered anti-migrant ship crewed by European citizens.

In recent years Generation Identity members have staged several operations in a bid to stop migrants from entering the country by crossing the border with Italy in the Alps and Spain in the Pyrenees mountains.

The group held a protest against the government’s move last month. Leader Clement Gandelin then told the AP that the group will fight to the end in court to retain the right to operate and if dissolved, “the militants will still be there.”