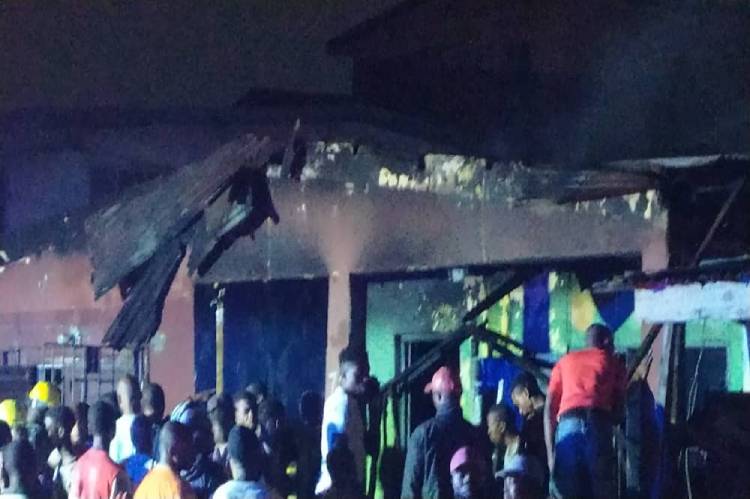 The cause of the fire can not be ascertained at the moment, but eyewitnesses say it was caused by a gas cooker while it was being used for boiling rice.

According to the tenants, the fire started at some minutes past 7pm and Firefighters were said to have arrived some thirty minutes later to extinguish the fire. 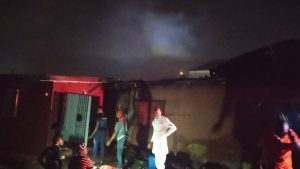 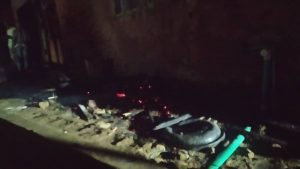 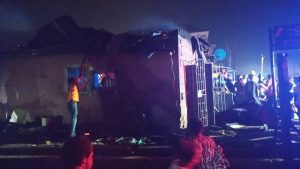 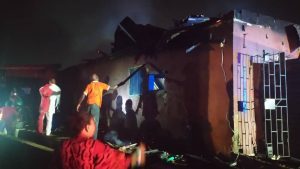 As at the time of filing this report, the fire brigade truck is out of water forcing some residents to look for water to completely extinguish the fire.

Household properties have been lost in the inferno.

This is coming three days after a wood plank market on the same street was burnt by fire which destroyed goods worth millions of naira. 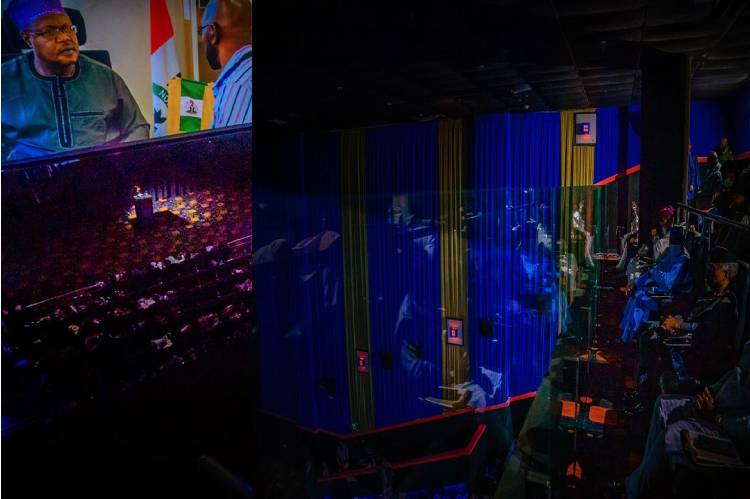 Vice President Yemi Osinbajo, on Friday attended the premiere of a movie titled “The Silent Baron”,… 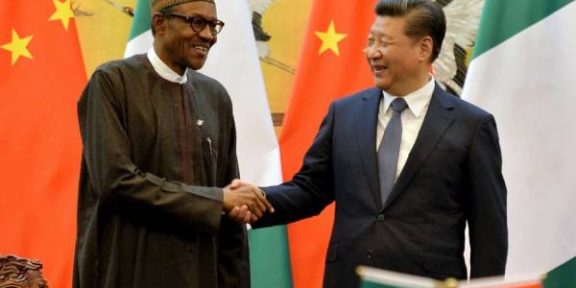 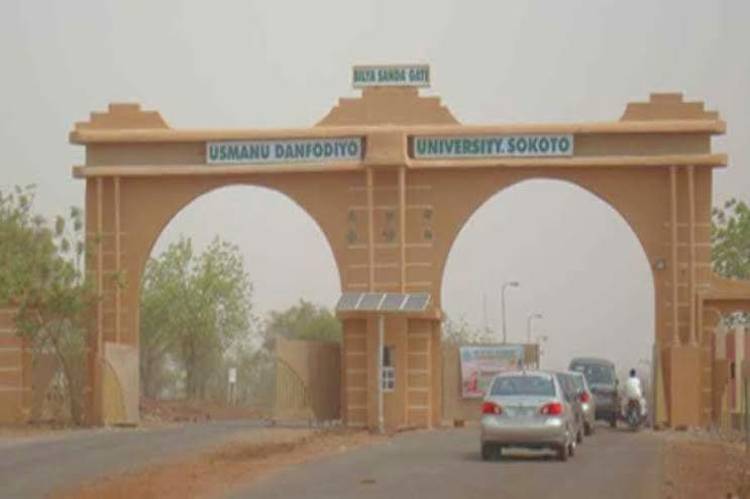 There has been a fire outbreak at the female…

Not less than 616 officers have been promoted… 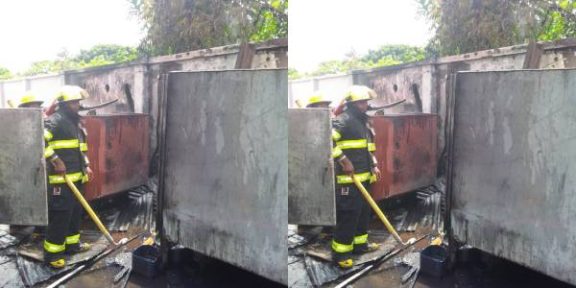 The Lagos State Fire Service has put out…