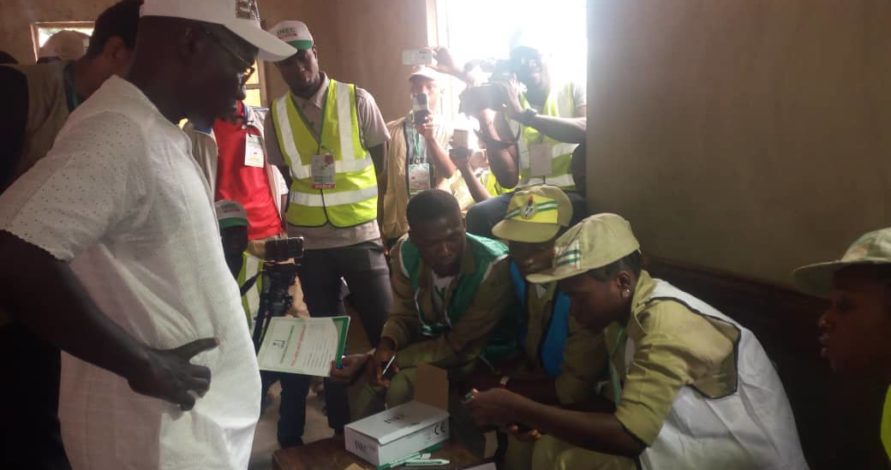 The Peoples Democratic Party’s Governorship candidate Kolapo Olusola, has finally cast his ballot after the intervention of the INEC National Commissioner.

Eleka had earlier called on the Independent National Electoral Commission, INEC, to resolve issues with the card reader machine after he experienced difficulty in casting his vote.

He spoke to TVC NEWS before he eventually cast his vote.

Meanwhile, the deputy governorship candidate of the People’s Democratic Party, PDP, Deji Ogunshakin, said he is excited at the turnout of voters at the polling unit.

He spoke after casting his vote at his polling unit in Ado-Ekiti.