One of the top contenders in the People’s Democratic Party governorship primary in Edo state, Gideon Ikhine, has dropped his ambition to drum up support for  the re-election of Godwin Obaseki.

After securing a waiver from his new party, the People’s Democratic Party, Governor Godwin Obaseki officially entered the race for ‘Osadebe House’, the seat of power in Edo State. 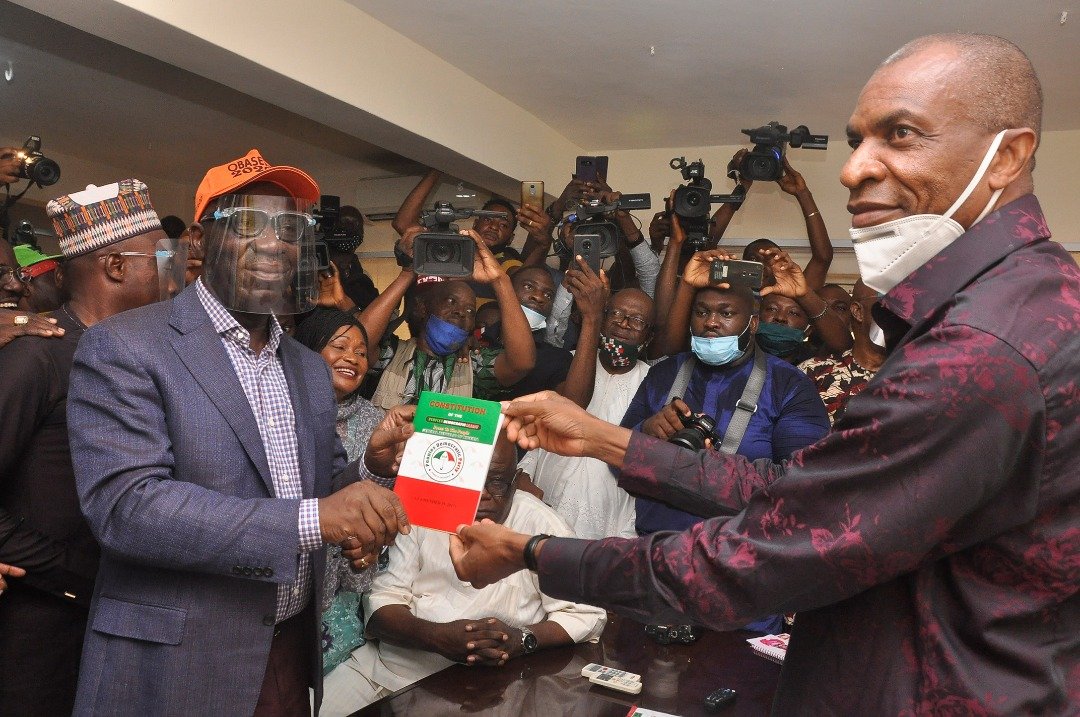 To qualify to contest the Governorship election, Godwin Obaseki must test his popularity with other members of his new party, and one of them is Gideon Ikhine.

The politician from Esan West Local Government has however, chosen to close ranks with the Edo Governor to achieve a common goal.