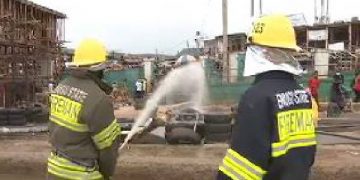 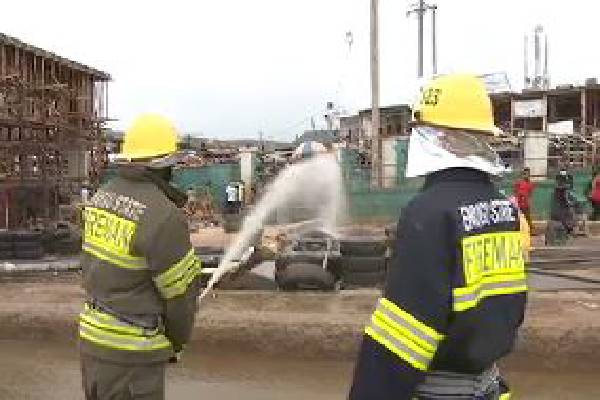 In line with the directive of the Governor of Enugu state,  Ifeanyi Ugwuanyi , the Enugu State Fire Service has commenced fumigation of all markets in the state, as part of proactive measures to prevent the spread of corona virus disease in the state.

The process which commenced at Ogbete main market Enugu, which is the biggest market in Enugu on Wednesday was witnessed by the Governor of the state, ,security chiefs, journalists and some members of the State Executive Council. 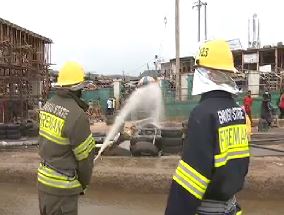 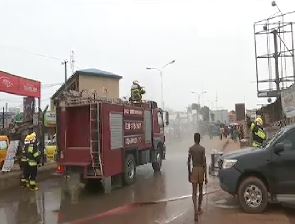 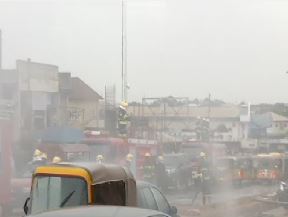 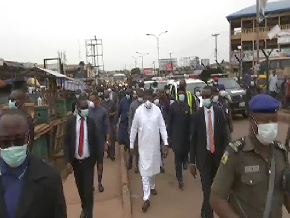 The State Chief Fire Officer, Engr Okwudiri Ohaa while speaking to news men after the exercise said the exercise will continue and be extended to various locations within the Enugu metropolis and environs.

The Governor also handed-over two newly equipped isolation centres in Enugu and Nsukka, to complement the existing two centres, as its proactive measures to contain the spread when the need for escalation case periods arises.