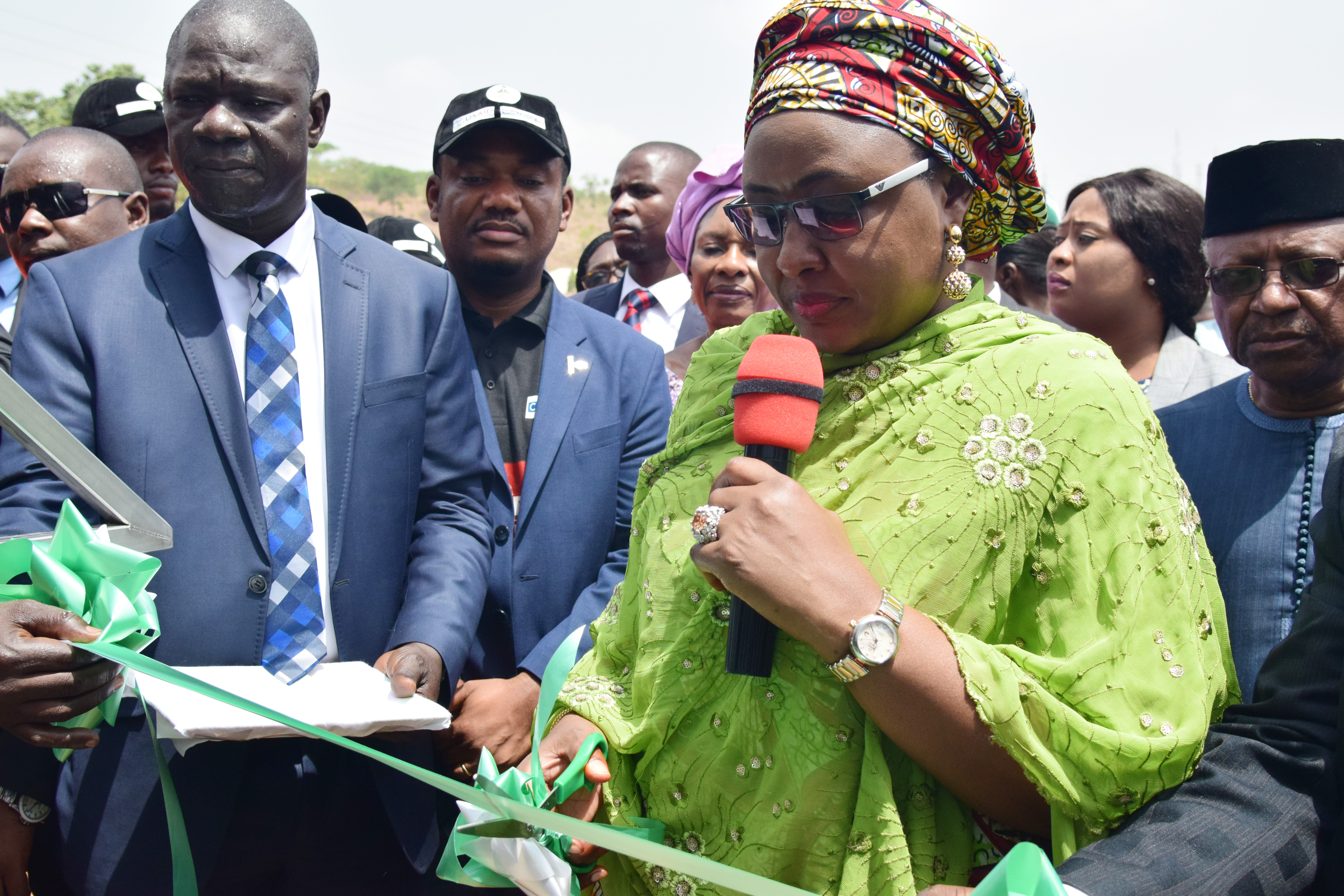 Ahead World TB Day: Aisha Buhari calls on Nigerians to get tested

Ahead World TB Day: Aisha Buhari calls on Nigerians to get tested

Global TB Ambassador and wife of the President of Nigeria, Dr. Aisha Muhammadu Buhari has called on Nigerians to test themselves for Tuberculosis (TB), being one of the world’s most deadly diseases.

She said the clearest danger signal is two weeks of uninterrupted cough, and confirmed that the disease is treatable and curable, and with proper diagnosis and treatment, patients can overcome the disease and live normal lives.

“We should not be caught unawares. Once you notice a cough that has refused to go after two weeks, visit a health facility and consult a doctor”

She was speaking during an outreach programme at Kpebi village, Kuruduma on the fringes of the Federal Capital Territory, organized by her office in collaboration with National TB and Leprosy Control Programme on Wednesday, March 20, 2019.

Mrs. Buhari said treatment for TB is free and called on citizens to take advantage of the screening going on in health facilities across the country, so that if found to be positive, they can be quickly diagnosed and placed on treatment.

Minister of State for Health, Prof Osagie Ehanire, speaking at the event said TB is spread through coughing and sneezing in overcrowded, poorly ventilated spaces. He described the disease as a leading cause of death in the world as 1.6 million people died of TB in 2017 alone.

He described silence by victims as the main problem of fighting the disease as 300,000 cases went undetected in 2017. These undetected cases, he said, are untreated people, who can spread the disease in communities, and that one person with untreated lung tuberculosis can infect 10 – 15 other persons per year. He thanked Mrs. Buhari for participating in the outreach as a TB ambassador.

Earlier, Dr. Lawanson Adebola, National Coordinator, TB and Leprosy Control Programme said the outreach was organized as part of activities to mark the World TB Day, which comes up on Sunday, 24th March, 2019. The outreach she said provided for screening and treatment for those found to be positive. She called on the villagers to take advantage of the opportunity, and encouraged others to visit hospitals to be screened. The tests are conducted on a mobile lab tagged “wellness on wheels”.

District Head of Kpebi, High Chief Audu Kaura welcomed guests to his village, while a TB survivor; Mr. Abubakar Bala spoke on his experiences living with the disease.

The event was attended by wife of the Vice President, Mrs. Dolapo Osinbajo, Wife of the Governor of Nasarawa State, Dr. Mairo Almakura and a host of other dignitaries.

Highlight of the event was the flag-off of the outreach campaign by wife of the President.