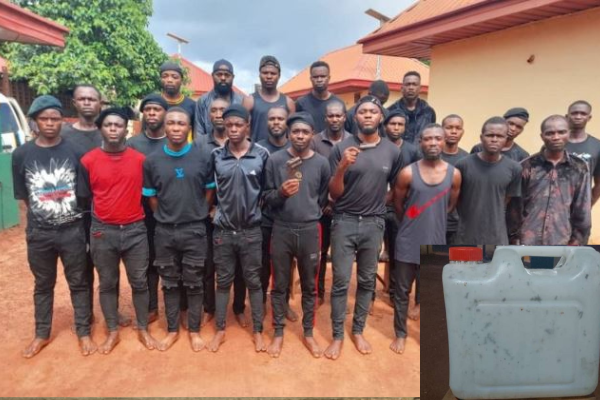 The Enugu state police command says it has arrested Twenty-four persons in a forest at Eke in Udi LGA during an alleged secret cult meeting/initiation.

This was revealed by the state police public relations officer, Daniel Ndukwe, in a press release on Wednesday.

He claimed that the command’s Anti-Cultism Squad apprehended them and recovered two locally made pistols, seven black berets, and a white-colored ten-litre gallon containing liquid substances suspected to be a mixture of palm wine and Indian hemp used for the initiation. 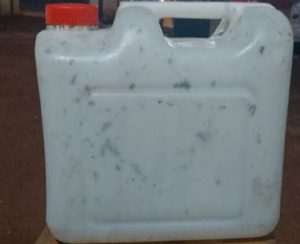 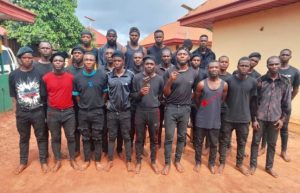 According to Ndukwe, “they all confessed to being members of the secret cult.”

He added that the suspects are made up of fourteen newly initiated and ten old members of Apache Tigers (“Two-Two”), also known as Black Beret (“BB”) Confraternity, according to ongoing investigations.