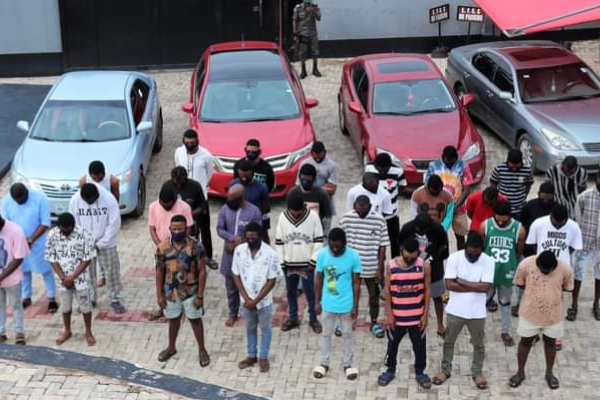 The majority of the suspects arrested, according to the country’s anti-graft agency, are students at the state’s tertiary institutions.

It also revealed that the alleged cyber swindlers were apprehended at the Polytechnic Ibadan’s neighbourhood, Apete.

The EFCC announced this in a statement on its website through its media and publicity department. 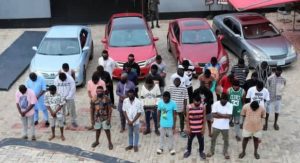 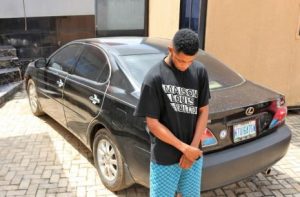 It also revealed that five posh cars, laptops and mobile phones are among valuable items retrieved from the suspects, adding that they will be arraigned in court upon the conclusion of investigations.

The agency also said it found incriminating documents and messages of their fraudulent bank transactions on from 34 of the suspects, following analyses on their devices.

The statement read, “Operatives of the Ibadan Zonal Command of the Economic and Financial Crimes Commission, EFCC, on Wednesday, June 1, 2022, arrested thirty-nine (39) suspected internet fraudsters in a sting operation in Ibadan, Oyo State.

“The suspects who claimed to be undergraduates of different tertiary institutions in Ibadan were arrested at Apete area of the Oyo State capital, following useful intelligence on their cyber-fraudulent activities.https://www.tvcnews.tv/2022/05/efcc-arrests-ex-governor-abdulaziz-yari/

“However, following analyses carried out on their devices, incriminating documents, and messages of their fraudulent bank transactions were recovered from thirty-four (34) of the suspects.

“Five exotic cars, mobile phones, laptops are among the items recovered from them. They will be charged to court as soon as investigations are concluded.”

Sensitive electoral materials no longer to be kept with CBN-INEC