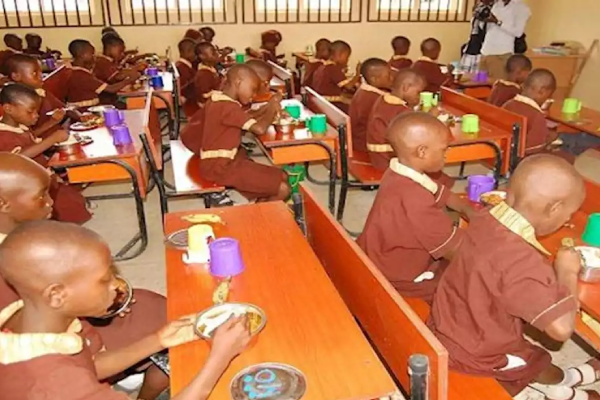 The federal government has announced that N999 million will be spent on daily feeding of 10 million students as part of the National Home Grown School Feeding Programme (NHGSFP).

This was disclosed by Aishatu Digil, the NHGSFP team lead, at a stakeholder meeting on Tuesday in Abuja.

Digil stated that  the Minister of Humanitarian Affairs, Sadiya Farouq, had obtained approval to spend N100 per pupil per day.

“Previously, we were feeding schoolchildren for N70 per child, per meal.” “This has been going on since 2016, but the president has approved a N100 upward review.

“We are deliberating on the disbursement modalities with all stakeholders, including the World Food Programme, National Bureau of Statistics, National Orientation Agency (NOA), Global Alliance for Improved Nutrition (GAIN), ministries of agriculture, education, and others.

“Every Wednesday, we plan to have ‘Egg Wednesday,’ in which each child in the program will give one egg… Cooks receive N10 stipends, while supervisors receive N5 and N6 for micronutrient fortification.” she explained.