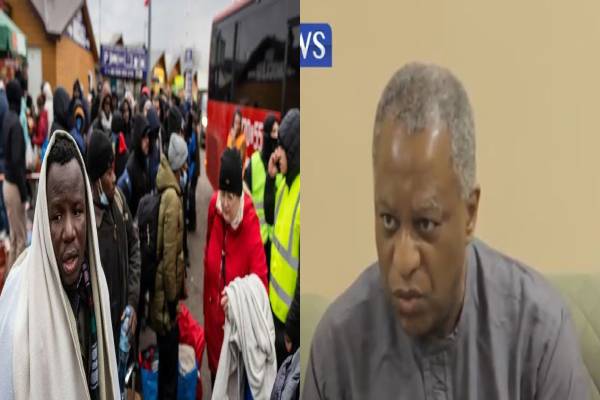 Nigeria’s minister of foreign affairs Geoffrey Onyeama says all Nigeria students have been successfully evacuated from Sumy, and will soon be evacuated from Ukraine.

The minister revealed this in Sokoto during an interaction with selected journalists in Sokoto state.

He urged parents and other family members of students caught up in the conflict to be calm, noting that the administration has finalized plans to return all Nigerian students to the nation.

On crisis, the Minister called on both countries to ceasefire and dialogue to find amicable solution to the crisis that has degenerated into a war situation.

He said Nigeria’s stance on the war is not different from the position of the United Nations which recognises the sovereignty of every nation.