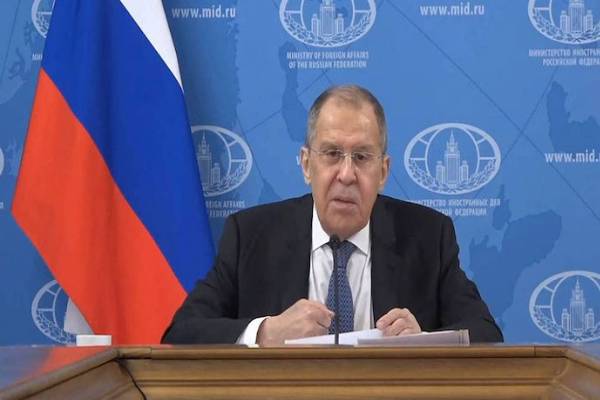 Russia’s Foreign Ministry disputed on Sunday a British allegation that Russia was planning to replace Ukraine’s government with a pro-Moscow administration, and that former Ukrainian lawmaker Yevheniy Murayev was being considered as a prospective candidate.

The British Foreign Office named numerous more Ukrainian politicians with ties to Russian intelligence agencies on Saturday, including Murayev, the leader of a minor pro-Russia party with no members in parliament.

The accusation was made by the UK government based on an intelligence assessment, but no proof was provided to back it up. It comes at a time when Moscow and the West are at odds about Russia’s intentions in Ukraine.

Anti-tank weapons have been supplied to Ukraine as part of attempts to strengthen the country’s defenses against a possible Russian onslaught. In Moscow, U.K. Defense Secretary Ben Wallace is set to meet Russian Defense Minister Sergei Shoigu for talks as part of diplomatic efforts to calm the problem. The meeting, which would be the first bilateral defense talks between the UK and Russia since 2013, has yet to be scheduled.

In recent months, the United States has waged an aggressive campaign to rally its European allies against a fresh Russian invasion of Ukraine. The White House described the UK government’s assessment as “very disturbing,” and stated that it supports Ukraine’s legally elected government.

The discussions included efforts to de-escalate the situation through diplomacy and deterrent measures that were carefully planned with friends and partners, including security aid to Ukraine, according to a White House official.