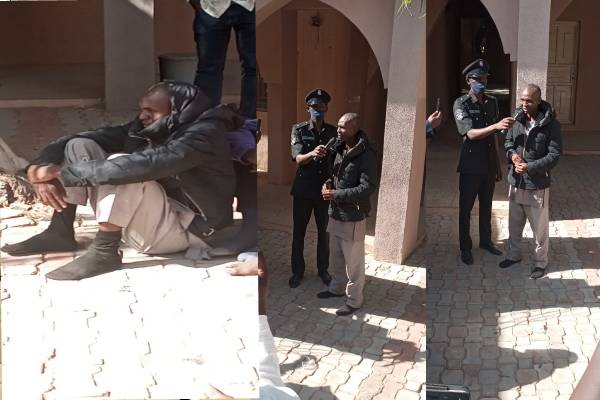 Police in Zamfara has arraigned a 46 -year-old man, Chukwuka Jude for allegedly parading himself as a lawyer

His offences border on impersonation and obtaining money under false pretence

He was Arraigned at a Magistrate Court One, Gusau on a two -count charge of impersonation and cheating by personation

Spokesperson of the Zamfara State Police Command Supritendant Mohammed Shehu says the suspect will face the court following his arrest at the Higher Sharia Court in Samaru, Gusau while acting as lawyer during a case he filled of his client

Mr. Chukwuka had charged his client one hundred thousand naira for the case and twenty three naira has already been paid as part payment

Mr. Chukwuka Jude had during police interrogation said confessed that he is not a lawyer by profession, but a private school Proprietor in Kaura Namoda LGA

Few months later, his was also raised by fire thereby by pushed him and his entire family into untold hardship

Joseph Eze is the Counsel to the accused Chukwuka Jude

He ask the court to pardon his client stating that poverty and fraustration motivated his action.

Police Arraign 5 Suspects In connection With Cannibalism In Zamfara