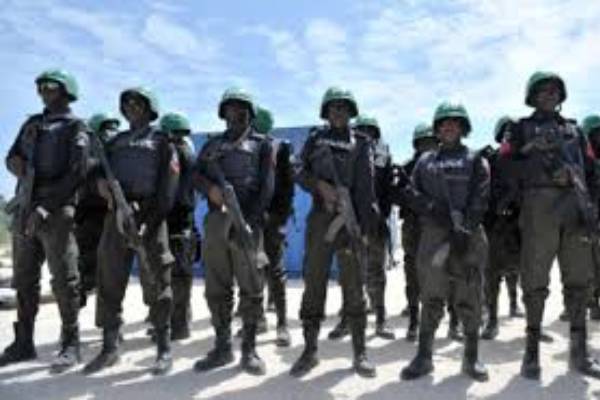 There was pandemonium at the Magistrate Court One in Gusau, Zamfara State shortly after the Chief Magistrate Sa’adu Gurbinbaure adjourn hearing of the case of criminal conspiracy, Culpable Homicide, Cannibalism and dealing with human parts Against one Aminu Baba and four others

He said, they will face the court on their involvement and participation in the killing on a nine year old boy Ahmad Yakubu

“On December 28th last year, the corpse of one Ahmad Yakubu nine year old was found in an uncompleted building at Barakallahu area in Gusau, with its two hands and legs tied with rag, head covered with polyethene bag and some of the human parts missing”

“Then, on January 4th 2022, Police detectives acted on intelligence reports and arrested a suspect by name Aminu Baba and four others in connection with the killing” the police said

After hearing the case for almost two hours, the Suspects pleaded not guilty to the charges

Some of the relations of the Victim were chanting “We will not accept delay in this case, we need Justice among other things

The case has been adjourned to February 8th.

President Buhari To Visit Zamfara, to meet With Victims of Banditry, Others