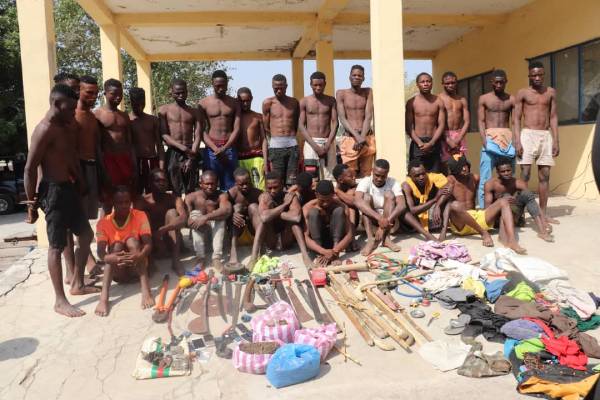 The Niger State Police Command has announced the arrest of 63 suspects in connection with the death of two people, a police officer and a shop owner Ifeanyi Patrick following a clash between two groups of hoodlums in suburbs of Minna, the State Capital. 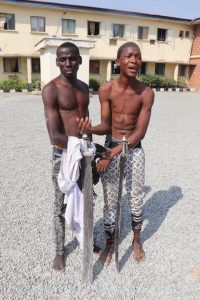 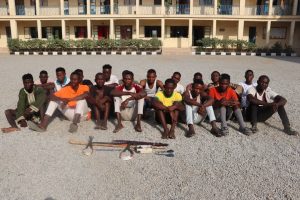 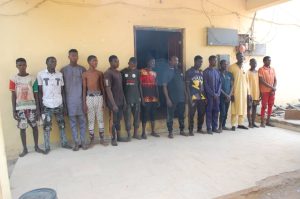 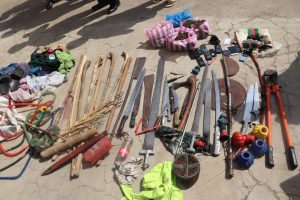 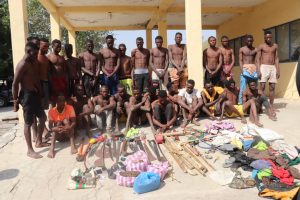 He added that a Police patrol team deployed to forestall the breakdown of Law and Order led to the arresst of 14 suspects at the scene and 49 Others later at Limawa, Unguwar-Daji, Unguwan-Sarki,Abayi close and Kongila.

Items recovered from the suspects according to him include knifes, catapults, machetes, blades, saw,handsets, scissors, sticks and a cash sum of 77,000 naira.

He said the suspects will be arraigned in court at the conclusion of investigation.