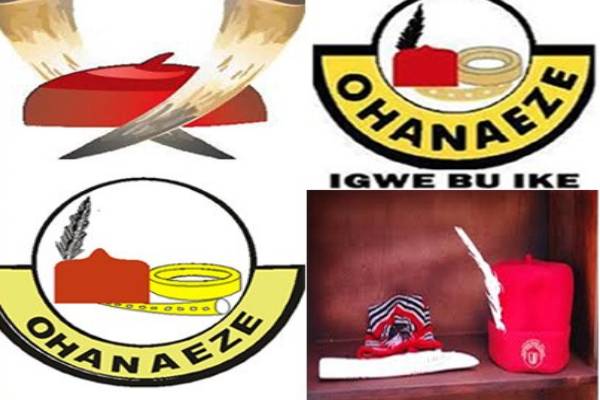 Former Vice President Atiku Abubakar’s proposal for a single four-year term if elected president in 2023 has been rejected by the Ohanaeze Ndigbo.

Recall that former Vice President Raymond Dokpesi, a presidential aspirant from the Peoples Democratic Party, PDP, claimed that if elected, he would govern Nigeria for only one term.

Recall that Raymond Dokpesi, a presidential aspirant from the Peoples Democratic Party, PDP, stated that if elected, the former Vice President will govern Nigeria for a single term.

Dokpesi had said he would go naked if Atiku fails to hand over power to the Igbos at the end of his tenure.

Reacting, Okechukwu Isiguzoro, Secretary-General of Ohanaeze, said comment was a collective insult to the people of the Southeast.

Isiguzoro also declared that Igbos will reject the vice-presidential slot, stressing that the region should be allowed to produce a president in 2023.

In a statement he signed Isiguzoro recounted how Atiku rejected a single term offer from Igbo elders in 2019.

He said: “Ohanaeze Ndigbo Worldwide has declared openly that attempts to trick and entice the southeast with attractive offers from the ally of former Vice President and 2019 PDP presidential candidate, Atiku Abubakar, Raymond Dokpesi to get southeast’s support for his principal (Atiku) in 2023 are hoaxes and collective disrespect on the sensibility of the people of southeast, no amount of enticing promises will make southeast to swap their right to 2023 presidency to anyone.

“Atiku Abubakar’s refusal to adhere to a written request from Igbo elders for a Mandela option of a single tenure in 2019 will continue to haunt his 2023 presidential ambitions, instead, he replied to Igbo leaders in 2019 with his then six years economic blueprint for Nigeria (2020-2026) which was a clear understanding of having the ambition of a two-term as president if elected.

“This evidence is now contradictory to the recent request from Atiku’s ally for southeast’s support, as no force can thwart the 2023 Igbo Presidency Project with vice presidential offer to the southeast, which is not feasible, as there will be a power shift from the North to the East in 2023.”