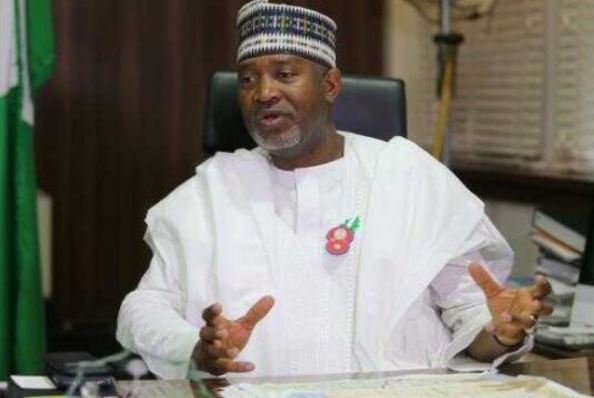 Stakeholders in the aviation industry have condemned what they see as a skewed approach to important official appointments and redeployments across agencies.

According to various stakeholders, the selections made by the Minister of Aviation, Senator Hadi Sirika, favored the northern region of the country and marginalized other districts, and should be rectified immediately.

An analysis of the recent announcement showed that 26 of the 33 officials affected in the new appointments are from the Northern extraction while only nine are from the South including just one from the East.

Officers deployed to the minister’s office will continue to take their pay and other benefits from the agencies of deployment, according to a circular signed on behalf of the minister by Director Human Resources Management, S.D Muhammad, which has attracted criticism.

At the FAAN, Ali Maina was appointed Director, Engineering. While other directors retained their positions, Gold Iwinose will replace Clifford Imade Omozeghiano as company secretary and legal adviser.

At the AIB, Captain Dayyabu Danraka who was first appointed as Director of Operations got his appointment confirmed, thus retaining the position. Mohammed Wali is Director, Engineering, Salisu Auwal is now Director, Human Resources and Kakangi Aliyu is Legal Adviser.

Seven personnel were reassigned to the ministry as special aides to the minister from various aviation agencies.

Certain high-ranking officials objected to the recent appointments and redeployments, seeing them as incompatible with the spirit of national unity and the federal government’s quota system policy.

Comrade Olayinka Abioye, a leading labor leader in the sector, told the Nigerian Tribune that workers in the agencies have long denounced “various attempts and actual forceful implosion of external bodies on the parastatals in such a brutal manner that tends to stunt career growth of the ever persevering members of staff.”

“This imposition is most annoying given the fact that this same minister on coming to power was the one who complained and criticized the implosion of external persons and went ahead to set up a committee to look into it.

“The aftermath was a reduction in their numbers which brought a sigh of relief to staff only for the same minister, under the cloak of darkness, return this time with venomous fangs of employing all manners of people into virtually all the agencies without following processes or procedures. Just a few days ago, we apprehended copies of yet another annoying documents detailing reappointments and deployment of personnel into our agencies.

“More shocking is the fact that out of 33 appointments, the ministry felt it was normal and in tandem with their hidden agenda to appoint only nine Southerners with only one slot to the entire South East, which had complained in the last seven years of marginalization and disguised apartheid.

“How can we justify such brazen disrespect to a people? How can anyone explain the rationale of making 33 appointments and giving a section of the so-called ‘One Nigeria’, nine positions? This not only smacks of gross irresponsibility on whoever made such appointments, but it also shows how divided and devious we are in making national plans. Aviation cannot grow with these tendencies.

“You may also notice that while the minister enjoys the right to appoint whoever he pleases into political office, care must be taken in order not to create the impression that the minister’s plan is to kill the industry. A typical example is the appointment of someone into the directorship in the NCAA. I had the privilege of having worked with this individual many years ago and he is quite a professional with vast experience as a pilot. We do not wish to suspect that he is being brought into political office to help in perfecting the issuance of AOC for the national carrier since their principal now believes that starting an airline can be done in four months.

“If we condemn this exercise enough, coupled with other unwholesome tendencies that could derail our path to growth already ongoing, and our unions are united to confront this evil starring us all in the face and those critical stakeholders raise their voice and not ‘Siddon look’, we expect a reversal.”

Equally, a former military commandant of the Lagos airport and presently, the Managing Director, Centurion Security Service, Group Captain John Ojikutu (rtd) said: “Those appointed seem not to be within or from the agencies but political appointees from outside the agencies. They are not going to have positive effects on the productive functions and progress of the agencies and would further deter the career progressions of the professionals in the agencies. Bring in the CEO but not directors; that kills the morale of the professionals and seals up their career progressions.”

Reacting to the directives that the officers posted to the ministry of aviation should draw salaries from the agencies, Ojikutu further declared: “These are some of the financial problems created with the political staff appointees by the elected or appointed political officers in the government administration. The question to ask is; under which budget appropriation would their salaries be drawn?”

Buttressing this, the foremost labour leader, Abioye also remarked: “This is one of the fraudulent systems in our polity. As in the past, one is picked from any of the agencies as an employee of the ministry and rather than draw salaries and allowances from his employer, the ministry, he will be directed to continue to draw salaries and allowances from his former place of employment.

“This is a gross abuse of financial regulations since that fellow is no longer a staff of the agency. We have noted that in the past, these fellows would be granted elevated status as those in managerial positions though in their former places of work they are on Grade levels 13 or 14 but being made ministerial personnel, they get elevated to Grade levels 16/17.

“Unfortunately, when the skies become clearer and they are asked to return to base, many of them absconded to more juicy employments elsewhere because they didn’t want to come back and return to their earlier grade levels as provided by extant rules.

“To avoid this type of scenario, since the ministry which gave them new political employment also has a budget and it makes more financial sense that these jobbers are paid by the ministry rather than their former employees. It will help the system function unhindered and more financially unencumbered.”