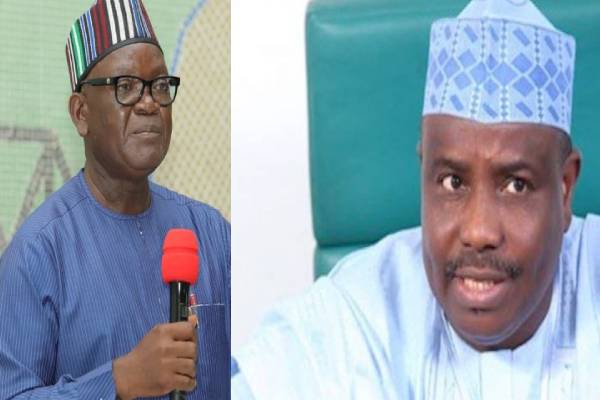 Benue State governor, Samuel Ortom, has sent a heartfelt condolences to his Sokoto State counterpart, Governor Aminu Waziri Tambuwal, the Government of Sokoto State as well as families of victims of the Goronyo market attack in Goronyo local Government Area of the state by bandits on Sunday night.

He described the incident which left more than 30 persons dead and many others injured from the sporadic attacks as sad, unfortunate and shocking.

The Governor urged relevant security agencies in the state to ensure that the perpetrators of this dastardly act are apprehended and brought to justice.

He said it’s unacceptable, the growing terrorist acts by bandits who are gradually succeeding in destroying the unity and brotherliness of the country through acts of criminality on innocent citizens.

Governor Ortom called on the Federal Government to step up its strategies in combating insecurity threatening the corporate existence of the country so that the citizens will begin to live and peace and harmony where development will thrive.