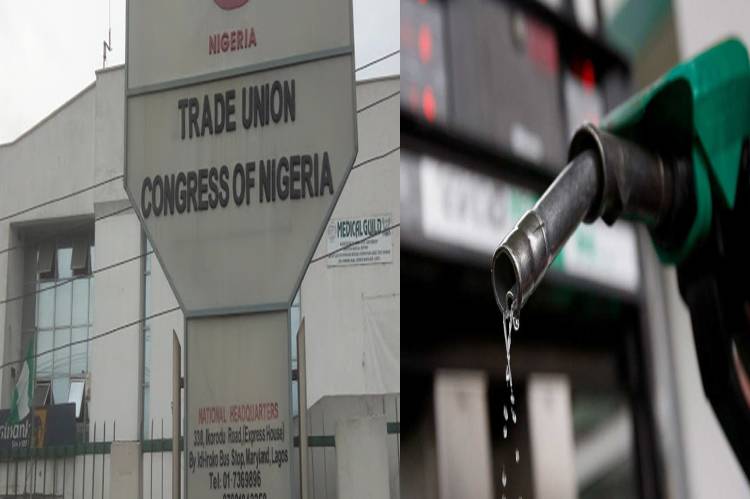 The Trade Union Congress of Nigeria (TUC) has expressed shock over the recent statement credited to the Ministry of Petroleum on the recent rise in the price of crude in the international market.

According to a statement issued Tuesday evening by its President, Comrade Quadri Olaleye, the labour union queried why is government always quick to tell Nigerians about the rise in the price of crude in the international market and the need to increase the price of PMS; but it takes them weeks, and sometimes months to implement agreement reached with the organised labour? It all points to one thing: they have no mercy for the poor people of this country.

Trade Union says that the care-free attitude and indifference to the plight of Nigerians officials of government each time they speak. The union says it appears these officials are not disturbed by the poverty -ridden plight of Nigerians and the unemployment/insecurity situation that their obnoxious policies have created in the country.

There is nothing honorable about what the minister has said, TUC declared.

The statement partly reads: “Nigeria is among the six oil producing countries in the world. Reports have it that our oil is one of the best, giving us an edge over others, unfortunately we have not taken advantage of that. We have four refineries that are not functional. Why are they not functional and why is government closing its eyes to it? Their refusal to attend to them is reason why the country is subjected to the vagaries and volatility of the price of crude in the international market.

“Nigeria is now depending on Dangote and Niger Republic refineries to supply us fuel! Dangote is an individual while Niger Republic is far less than Lagos in population. The pain the masses of the country bear is a needless one. It is artificially created.”

The Trade Union Congress says it is trying seriously to avert a major industrial crisis. “We have tightened our belt so hard to the extent that we are finding it difficult to breathe but the government seems not to care. Government’s knee is on our neck and we are appealing to them to have a change of heart,” the union stated.