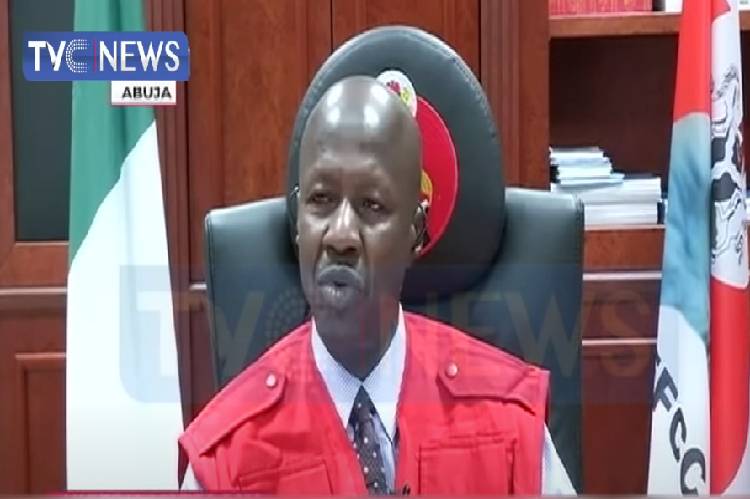 The presidential panel investigating the suspended acting chairman of the Economic and Financial Crimes Commission has stated that it would confront Ibrahim Magu with the allegations and accept his defence after all witnesses have testified.

It also disclosed that it is a fact finding panel, saying that Mr Magu is not on trial.

The panel added that the suspended acting chariman of the EFCC and his lawyer would further participate in its proceedings as from Monday.

It however stated that it would not allow its proceedings to be subjected to media reportage, saying that the development is capable of foisting prejudicial outcome on the panel

The investigative panel also said it was not rejecting Mr Magu’s defence, but would take the defence after all the witnesses have testified in the matter.

Mr Magu is answering questions over corruption allegations and other misconducts levelled against him by the Attorney-General of the Federation (AGF) and Minister of Justice, Malam Abubakar Malami.