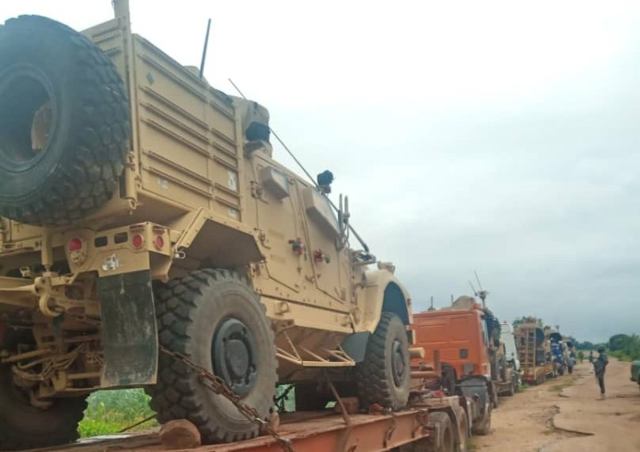 The Nigeria Customs Service, Adamawa State Command, has handed over Six Mine-Resistant and Multipurpose Military vehicles it intercepted to the United States Government.

The vehicles, that seemed to have been transported into Nigeria without due process, were intercepted by the Nigerian military in August.

But at the hand over ceremony today, Deputy Chief of Mission of the U.S. Embassy, Kathleen FitzGibbon, disclosed the vehicles were en route to Niger Republic for a security mission.

She thanked the Nigerian government for its understanding and says the American Air force Carrier would transport the vehicles to Niger Republic.

The comptroller in charge of Adamawa and Taraba States, Kamardeen Olumoh, said the decision to hand over the vehicles was a directive from the National Security Adviser.