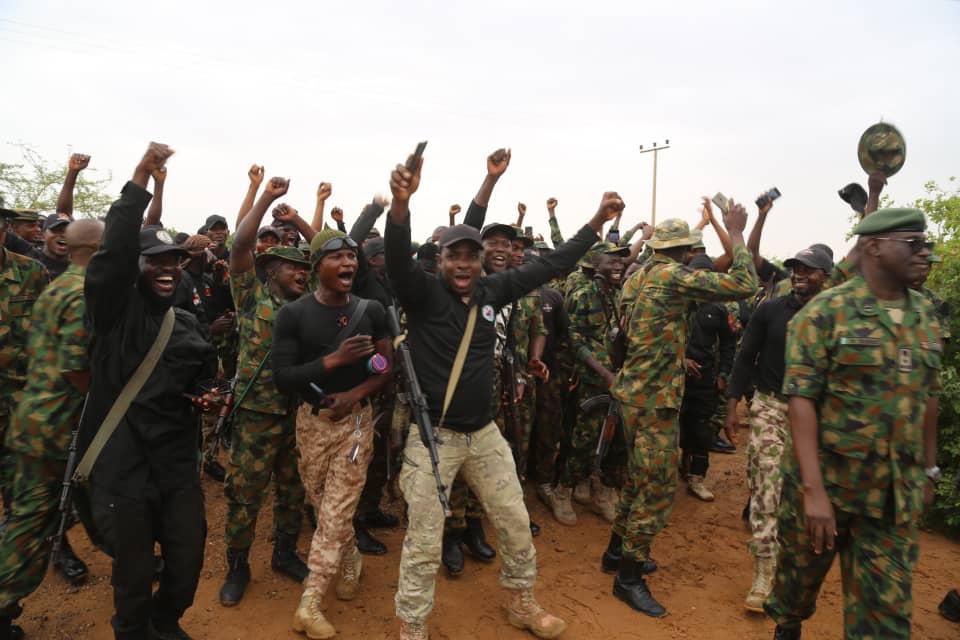 The Chief of Army Staff (COAS) Lt Gen Tukur Yusufu Buratai has praised the commitment and achievement of troops deployed at Forward Operating Base at Daura in Katsina State for combating armed banditry, cattle rustling and kidnapping among other menaces during Operation Harbin Kunama III and ongoing Operation HADARIN DAJI in the North Western part of Nigeria.

The COAS stated this when he visited the base on the 15th of August 2019. He also disclosed the Army authority’s plans to replicate the noble concept of Super Camp in the region, with the aim of projecting offensive patrols, raids, ambushes and other combat missions to tackle the security threats occasioned by the activities of bandits and other criminals elements. He maintains that provision of logistics to enable troops perform effectively remains his top priority.

Lt Gen TY Buratai announced that works and provision of infrastructure will soon commence on the proposed permanent site of the 171 Battalion located in Daura.

He informs them of the introduction of Boots and Polish allowances, among other welfare packages to boost troops morale, encourage hardwork and professionalism. There was loud ovation when the COAS conducted troops at the base to series of push ups.

In another development, the COAS along with the Chief of Defence Staff General AG Olonisakin and other Service Chiefs attended the commissioning of Nigerian Airforce Reference Hospital in Daura and thereafter paid Sallah greetings to Mr President, Commander in Chief, President Muhammadu Buhari GCFR. The COAS also paid Sallah homage to the Emir of Daura, Alhaji Umar Farouk Umar CFR.