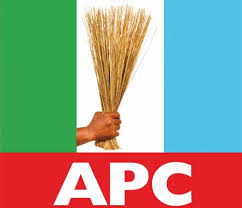 The appeal court sitting in Ilorin has overturned an earlier judgement of the Kwara state high court over the authentic state working committee of the All Progressives Congress in the state.

In his judgement, Justice Ibrahim Saulawa ruled that the lower court has no jurisdiction in entertaining the case in the first instance as matters relating to the Independent National Electoral Commission cannot be heard by a state high court.

The court recognised the Bashir Bolarinwa-led executive committee as the authentic APC executives in Kwara state as against the Ishola Balogun-Fulani faction recognised by the lower court.

Justice Saulawa described the judgement of the lower court as a “share fruitless academic exercise” which holds no water in law.

The Kwara high court had in December last year ruled that the Ishola Balogun-Fulani faction was the authentic APC executives in the state asking the Independent National Electoral Commission to substitute its candidates with those produced by the Bolarinwa faction submitted by the national working committee of the party.

Reacting to the judgement counsels to APC national chairman and state chairman, said the judgement has validated the primary elections that produced AbdulRahman AbdulRazaq as the APC governorship candidate and other candidates of the party in the state.

Counsel to Ishola Balogun-Fulani, said they will appeal the judgement.

All sensitive materials retrieved, back to CBN, says Katsina REC