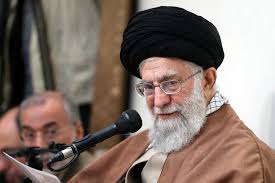 Iran’s Supreme Leader Ayatollah Ali Khamenei has accused enemies of the Islamic Republic of stirring unrest across the country.

In his first reaction to the crisis, Khamenei said it had been caused by quote “those with cash, politics, weapons and intelligence systems” end quote, but also added that he would speak about the recent events at the right time.

This is as a crackdown intensifies against anti-government demonstrations that began last week.

Authorities say police arrested more than 450 protesters in the capital Tehran over the past three days.

But the protesters have also attacked police stations elsewhere in Iran.

The demonstrations were initially focused on economic hardships and alleged corruption but turned into political rallies.