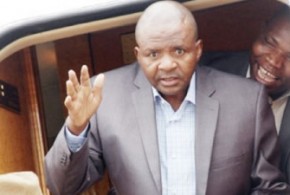 Taraba State Governor, Darius Ishaku has renamed the state airport after late Dambaba Suntai.
This is as he also approved Saturday, 19th of August 2017 as the burial date for the deceased late governor.

These followed the submission of a report by the steering committee for the deceased burial headed by the Deputy Governor.

He said renaming the state airport after Suntai, was one of the steps to appreciate him.