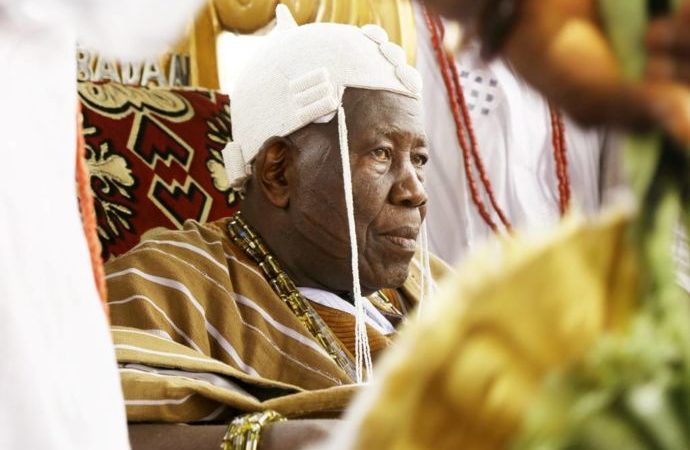 TVC N. The Iyaloja of Ibadan, Chief Labake Lawal, has sued the Olubadan of Ibadan, Oba Saliu Adetunji, the Olubadan-in-Council and the new Iyaloja, Chief Iswat Ameringun, for stripping her of her title.

She filed the suit at an Oyo State High Court.

In the suit by her counsel, Akinjide Sadiq and others, Lawal is seeking a declaration that appointment and installation of the third defendant as Iyaloja of Ibadan land by the first and second defendants on March 20 is illegal.

She said the appointment and installation were not only wrong but also violates her rights to natural justice. She prayed the court to declare her opponent’s appointment null and void and of no legal effect.

What is your take on this?