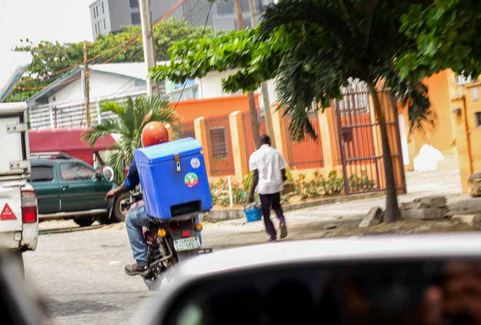 Relatives of Chukwuma Eleje, the murdered dispatch rider of an online shopping platform are demanding justice for their bread winner.

The suspects were arraigned before a magistrate court in the Rivers state capital today.

Correspondent Uche Okoro reports that three suspects were arrested for their alleged involvement in the murder of Chukwuma on March the 25th this year.

To conceal their crime, the suspects allegedly dumped the corpse of the victim in a septic tank in the same compound they reside.

For now, the circumstances that led to the murder of the dispatch rider remain unknown.

Though the matter has eventually been charged to court, family members of the deceased are not satisfied with the manner in which the case is being prosecuted. They are wondering why only two out of the three accused persons were arraigned.

The accused persons are standing trial on a 3-count charge of murder, possession of an offensive weapon and conspiracy to commit a felony.

Given the gravity of their offence, the magistrate court has ordered that the accused persons be remanded in prison custody pending legal advice from the state directorate of public prosecution.

Amongst those calling for justice are the widow and four children of late Chukwuma.

The case has been adjourned indefinitely.