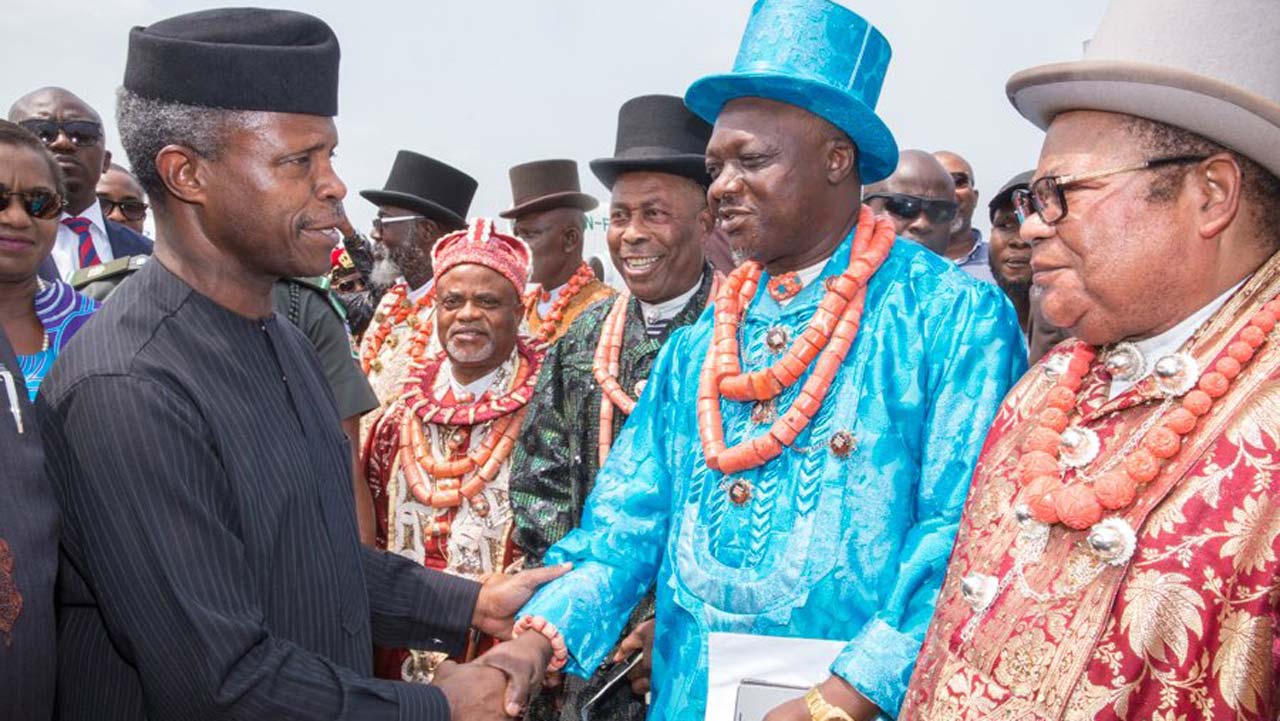 Acting President Yemi Osinbajo has challenged young professionals and entrepreneurs to set up an Akwa-Ibom Chamber of Commerce and Entrepreneurship Council to enable the Federal government identify those involved in technology, Agriculture, Oil and Gas.

He made this remark at a Town hall meeting with leaders and stakeholders in the state on Thursday.

The Acting President and his host Governor Udom Emmanuel decide to take a walk down the streets of Uyo to the State Banquet Hall in Government House, venue of the Town Hall meeting.

They take their time to make requests to the Federal Government.

The Acting President on his part says he is in Uyo to propose a new vision and signpost a new era for the people of the oil producing communities in Nigeria.

He also encourages entrepreneurs to attract more investments to the state noting that it is private investments that drive states to prosperity.

The people are Optimistic that with the kind of response they got from the Federal Government Akwa Ibom will be better for it .