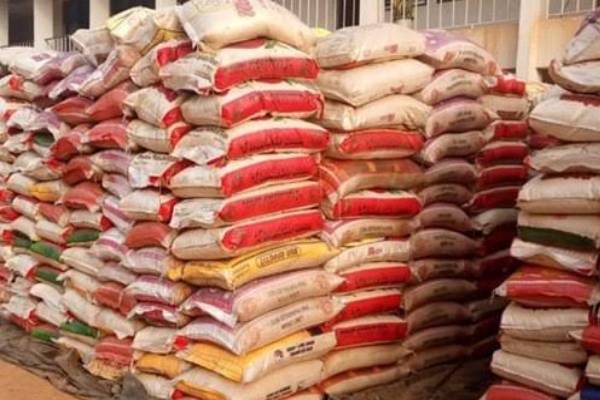 The FOB’s Commanding Officer, Navy Capt. Muhammed Kabiru, stated this in Ibaka over the weekend while handing over the suspects and rice bags to the Nigeria Customs Service (NCS).

According to Kabiru, who was represented by the Base Operations Officer, Lt. -Cdr. Samuel Olawookere, the two suspects and 70 bags of rice were confiscated from smugglers on Thursday, April 7, during routine patrol operations by the forward operating base.

He explained that the smugglers were apprehended near the Effiat waterways in the state’s Mbo LGA during a routine sweep of personnel and officials from the facility.

Kabiru stated that the base will not desist in its efforts to put an end to any illicit activities on the Akwa Ibom waterways.

The seizure was based on the Chief of Naval Staff Vice Adm. Auwul Gambo’s directives to enforce zero tolerance for all forms of criminality on the Nigerian maritime domain, particularly rice smuggling and crude oil theft, according to the commanding officer.

The commanding officer warned smugglers to stay clear of the Nigerian maritime boders, stressing that officers and men of FOB Ibaka would not relent until the Akwa Ibom waterways is free from all forms of criminalities.

He advised them to stop smuggling and other illicit activities and focus on lawful endeavors to avoid getting jailed.

Receiving the suspects and 70 bags of rice on behalf of Nigerian Custom Service, Mr Kikems Danbana, Officer in Charge of Oron Axis, Joint Border Patrol Team said the custom would do everything possible to stop smuggling in the country.

He stated that the rice would be sent to the government warehouse in Calabar, which is the only authorized warehouse for Akwa Ibom and Cross River, for custody and further action.

The suspects would be handed over to their legal department for further questioning and prosecution, according to him.

Danbana advised smugglers to stop doing business illegally, emphasizing that the NCS would not allow economic sabotage in the country.