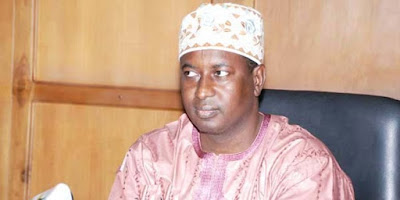 The Kaduna State Commissioner for Budget and Planning, Mohammad Abdullahi, on Saturday, alleged that the previous Peoples Democratic Party-led administration in the state spent N2.1billion on sweets, juice and food, annually.

Mr. Abdullahi made this known in Kaduna at a round table discussion on the Kaduna State 2017 budget proposal, organised by the Kaduna State chapter of the Nigerian Union of Journalists, NUJ.

The commissioner also revealed that N500 million was spent, annually, on purchase of newspapers by the PDP administration.

He, however, stated that the All Progressives Congress-led administration had since decided to cut down on such expenses by channelling the funds to infrastructural development.

He noted that the adoption of the treasury single account and the zero base budget had assisted the state government in generating N38 billion to an open balance of 2016 budget.

“We are borrowing the larger percentage to fund the 2017 budget but it is to be channelled to infrastructural development,” he said.

Federal Govt To Vaccinate 41 Million Children Against Polio By December