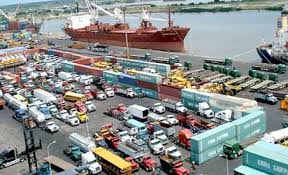 Some residents of Ogun state have called on the federal and state governments to urgently begin the process of reactivating the multi billion dollar Olokola deep seaport and free trade zone.

The trade zone is located in Ogun East Senatorial District of the state.

TVC News Kazeem Olowe reports that Ogun State is one of the few states in the South West Geopolitical zone blessed with water and other natural resources and also serves as the Gateway to many West African Countries.

Considering its proximity to Lagos and the Economic opportunities yet untapped, a group of Ogun Indigenes under the aegis of Ijebu Congress has
called on Government to reactivate the abandoned Olokola free Trade zone and the Ogun Deap Seaport.

The group also wants the incoming administration in the state to take a look at the abandoned Agro-Cargo Airport located between Sagamu Interchange and Sagamu-Benin Expressway.

The group also listed many roads that require urgent attention and want the state to make use of the opportunity of its closeness to Lagos to generate
huge revenue and to take a look at many old projects which was abandoned by the incumbent.