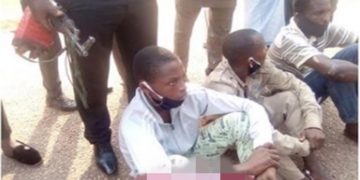 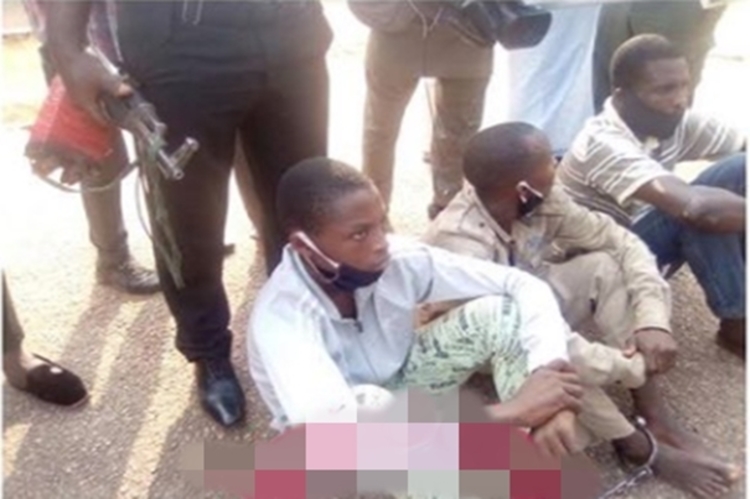 Adewale Abiodun and Aliu Mubarak, the two suspected hoodlums, arrested for being in possession of the burnt skulls of the two policemen set ablaze in Ibadan in the wake of the #EndSARS protest on Friday, disclosed that they sold the skulls to an herbalist in their neighbourhood.

Abiodun, 17 and Mubarak, 24, made this shocking disclosure during an interview with journalists at the police headquarters in Eleyele, Ibadan.

The two suspects, alongside the herbalist, Oladipupo Ifakorede, were reportedly arrested at Oluwo area of Ibadan by men of the Quick Intervention Unit of the Oyo State Police Command on Sunday, November 15.

“On Monday, October 22, Mubarak asked me to follow him to Alabata area in Ibadan, where his wife was staying. We got to Iwo Road and saw that the road had been blocked. Smoke was billowing. When we moved closer to see what was happening, we saw humans being burnt.

“The mob was hitting the burnt bodies with sticks, and started taking the body parts. Mubarak came to me and said he wanted to take some of the body parts. He said he had someone he would sell them to. Mubarak went to take the two skulls.

“We went to the native doctor’s residence in our neighbourhood. After negotiation, the native doctor gave us N500 with the promise to pay the balance of N500. He told us he was not the one who would use them, but that he would take them to a cleric in Ilorin, Kwara State, for ritual purpose.

Mubarak corroborated Abiodun’s confession, saying, “some people in the crowd removed hands, legs, fingers and feet, while others gathered the ashes from the burnt bodies and took them away. I told Abiodun that I would take the skulls.” 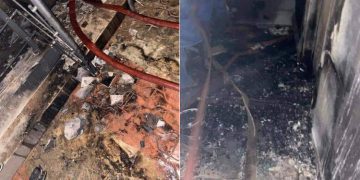 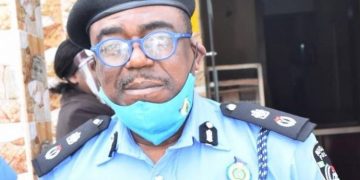 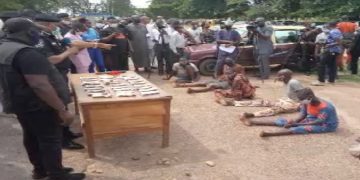 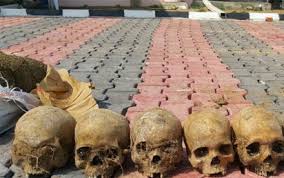 Couple, three others arrested with human skulls in Kwara