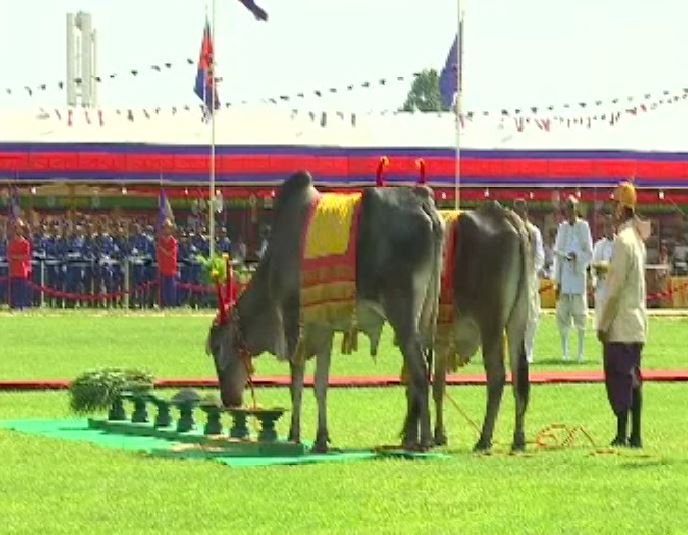 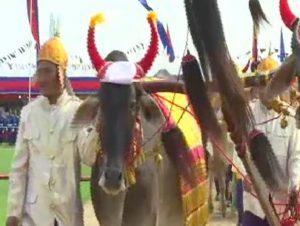 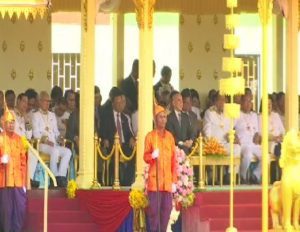 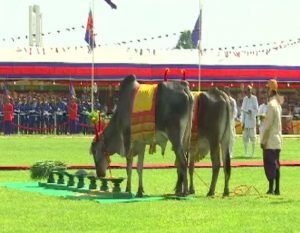 Whatever they chose to eat predicts the type of harvest, rainfall and farming season.

The ritual is taken seriously by many of Cambodia’s farmers, including politicians and diplomats who attended it, as a means of expressing their faith on royal traditions.

The ceremony takes place in different provinces each year.