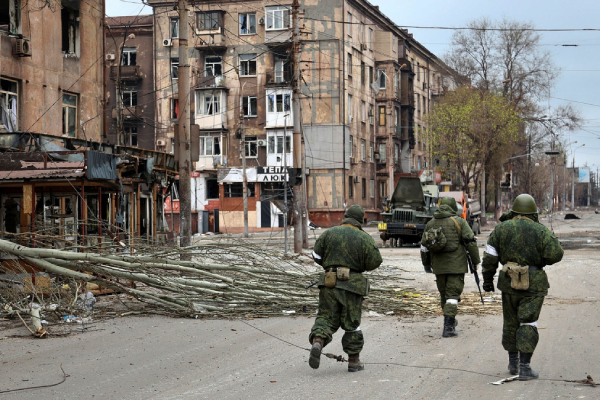 A key advisor to Ukraine’s president has said the battle for the eastern cities of Severodonetsk and Lysychansk has reached a “fearsome climax”.
Oleksiy Arestovych said Russian forces could soon encircle the twin cities and cut them off from Ukrainian territory.

It comes as President Volodymyr Zelensky accused Moscow of trying to “destroy” the Donbas region. He also repeated his calls for Western leaders to speed up the delivery of heavy artillery to his troops.

Russia has directed much of its attention to the twin cities, which are the final Ukrainian outposts in the Luhansk region.

Regional Governor Serhiy Haidai said on Thursday that the settlements of Loskutivka and Rai-Oleksandrivka to the south of the cities have been captured, as Russia seeks to encircle Ukraine’s forces.

Hundreds of civilians remain trapped there, with many of them seeking shelter in the sprawling Azot chemical plant.