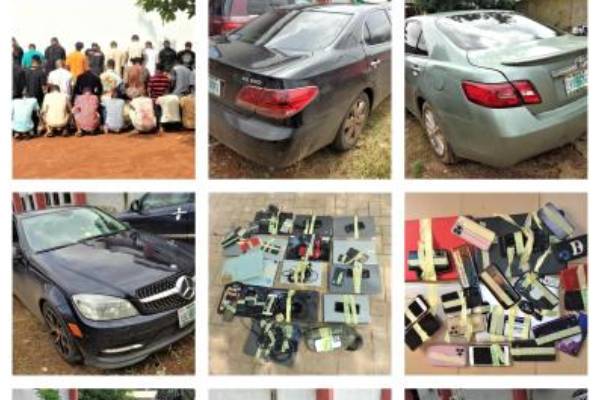 Items Seized by the EFCC fropm arrested fraudsters in Enugu

The suspects will be charged to court as soon as the investigations are concluded.

The EFCC established in 2003 by the President Olusegun Obasanjo administration as an instrument to address the issue of Fraud, Obtaining by false pretence, Cybercrime, Economic Sabotage and Misappropriation of Public Funds by Public Servants has been at the forefront of the Fight against Corruption, Economic Sabotage and cybercrime since inception.