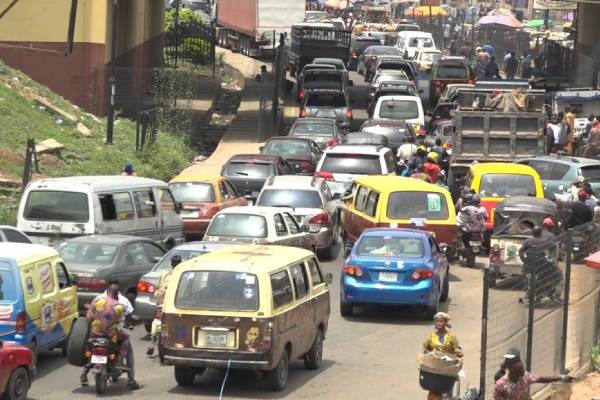 Attempt by some students to obstruct vehicular movements in Ibadan-Ife Expressway, as part of the ongoing EndAsuustrike nationwide has been resisted by security agencies.

The Students had last week commenced the action to bring an end to the impasse between the federal government and members of Academic Staff Union of Universities.https://www.tvcnews.tv/purplegold/post-new.php#

The students earlier blocked the Sango-UI highway leading to heavy gridlock while commutters were forced to trek a long distance.

They afterwards moved to Iwo road axis in Ibadan where they attempted to obstruct vehicular movements in the Ibadan-Ife Expressway but were resisted by officers of the Nigeria Police Force and other security agencies.

A cross section of students who spoke with Journalists accused the officers of bias adding that their intention was to draw the attention of all Nigerians to their plights.https://www.tvcnews.tv/purplegold/post-new.php#

The Students accused the government to Politicising the situation stressing that they have decided to take the bull by the horns and reverse the trend. 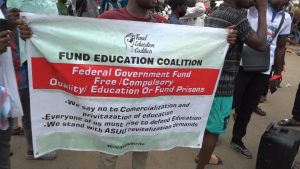 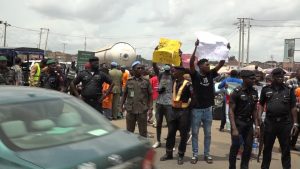 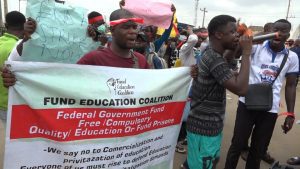 Universities across the Country have been on whaT Unions especially the Academic Union known as ASUU have been on a rolling Industrial Action Known as a rolling Strike for the better part of the last 3 Months and have now again extended the Strike by 3 months.

The Strike is over the implementation of the 2009 agreement between the Federal Government of Nigeria and the Academic Union of Nigerian Universities over funding, research, payment of salaries of its members and other issues affecting the running of Universities, especially Public Universities.

The Minister of Labour and Employment, Senator Chris Ngige, who had led government’s efforts to put an end to the Strike has been unsuccesful so far and has since been joined by a personal appeal from President Muhammadu Buhari through his Chief of Staff, Professor Ibrahim Gambari which has been rebuffed by the Unions.https://www.tvcnews.tv/purplegold/post-new.php#

The appeal according to the President of the Union is not sincere follwoing seveeral failed promises from the Federal Government.

The nation is now waiting on the response of the Unions to the appeal made by religious bodies across the country for them to end the strike.