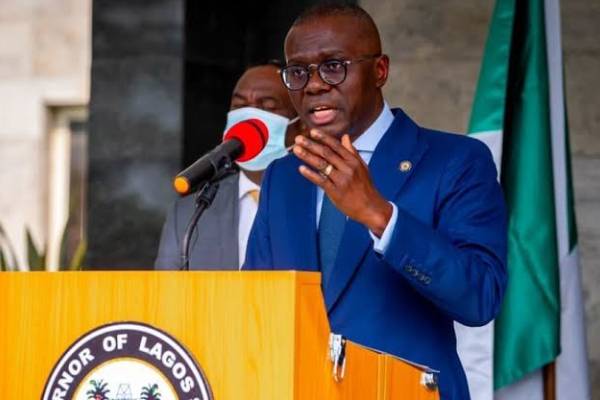 Governor Babajide Sanwolu of Lagos State
The Lagos State Government has again placed an indefinite suspension on the entire ad-hoc teams of the Committee on Removal of Abandoned Vehicles (RAVC) operating in the 20 Local Governments (LGs) and 37 Local Council Development Areas (LCDAs) in Lagos State with immediate effect.
The suspension of the activities of the committee was contained in a directive issued to the Commissioner for Transportation, Dr. Frederic Oladeinde, by the Governor of Lagos State, Mr. Babajide Olusola Sanwo-Olu, as a result of several complaints of extortion and harassment of members of the public by RAVC.
The development has caused embarrassment to the State Government despite several reviews conducted on the operational guidelines of the team.
The directive warned that any  of the committee or any of its team found operating after this notice will be handed over to the Law Enforcement Agencies for trial and prosecution in accordance with the Law of the State as captured in the Traffic Sector Reform Law (TSRL) 2018.
The order should be noted by the general public, while owners of abandoned vehicles posing environmental nuisance as well as security and traffic impediments must remove them from the roads. Negligence will not be condoned as an excuse for violation of the Traffic Laws of the State.
Recall that the Removal of Abandoned Vehicles Committee (RAVC) was suspended earlier with the suspension lifted on the 30th December, 2021 in view of several appraisals and reviews of the operational guidelines of the team by the State Government.
The State government has now re-imposed the ban on the committe after several complaints and representations against its activities by members of the public which borders mostly on extortion.

We have not approved any Telecom Tariff increase – NCC